When I Met You in the Summer

Well. I haven't written a post in quite a while. There are so many reasons for that, but none of them are that valid because let's be real -- it's not that hard to sit down and bang out some thoughts.

Au contraire mon cheri. I actually feel like it is hard at times. Like there's everything to say and nothing to say. That's often how I feel in conversations when I'm tired. Like I want to give everything and nothing.

Summer is rolling by and I'm not sure if I like it moving so fast. Michael said the other night how he's excited for fall and the crisp air. (Actually, he said "crispy" air, but who says that??) I was shocked when I actually found myself agreeing with him. Me longing for the fall??!? Me? The lover of sun and the beach and lazy Saturdays at the pool?!? Sigh. I don't even know myself anymore. 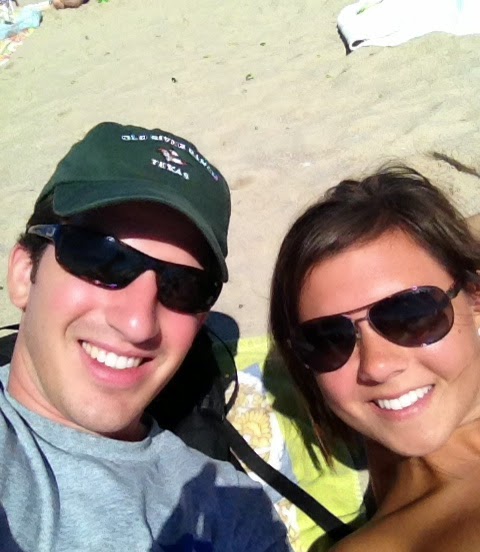 But summer's not over and summer has been good to us. We had a visit from Michael's parents and my sissy-in-law, Lo! She is a peach. 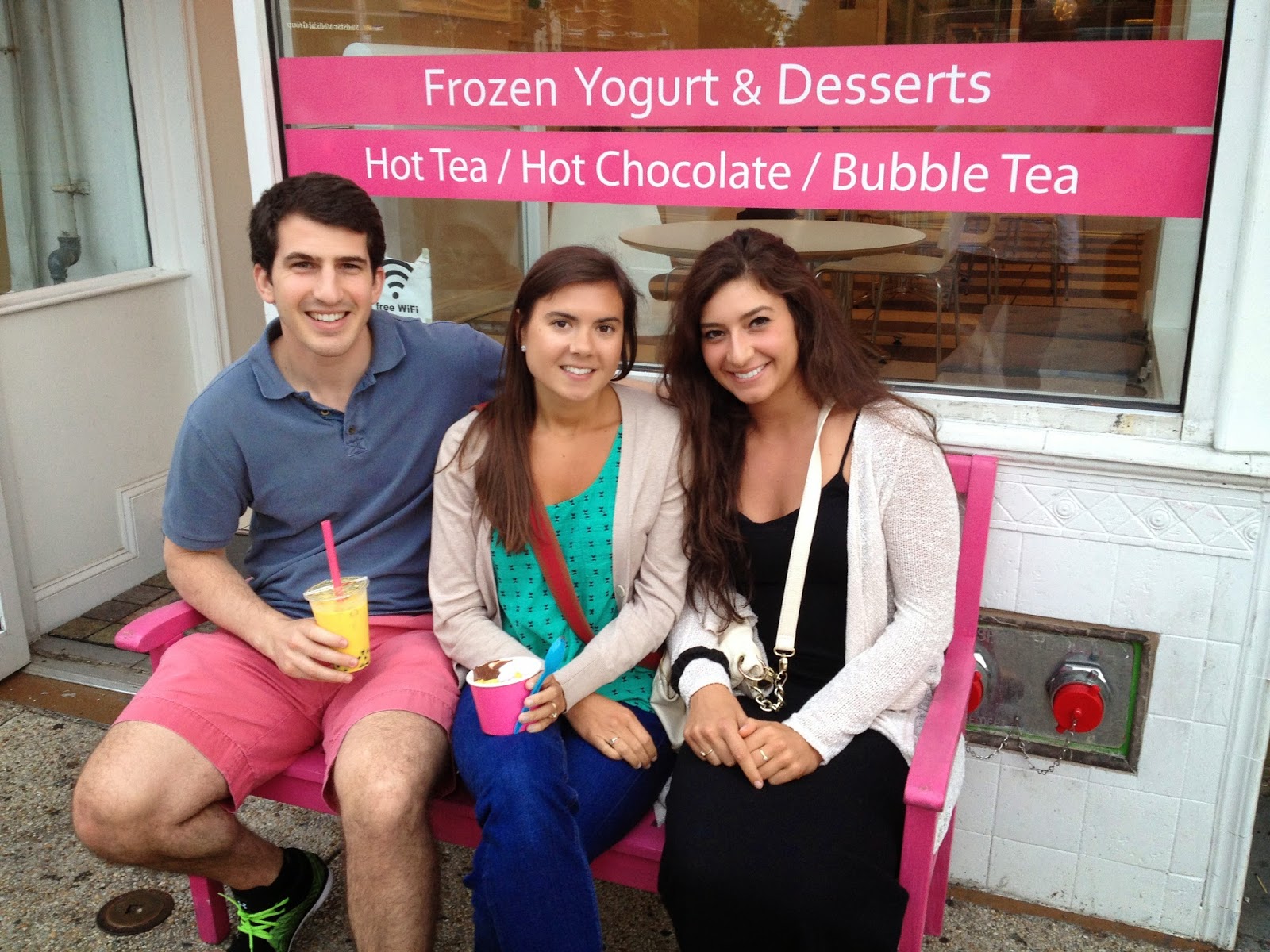 Then in late June, I made my annual pilgrimage to Texas to be with my DC girls. Meaning we all used to live in DC together (literally together, in one house) and now everyone has since left DC (why!?!!!) except for two of us. It is so good to be with these women. I can't even explain. These are sister-friends who can laugh together and cry together and everything in between. These are my people! 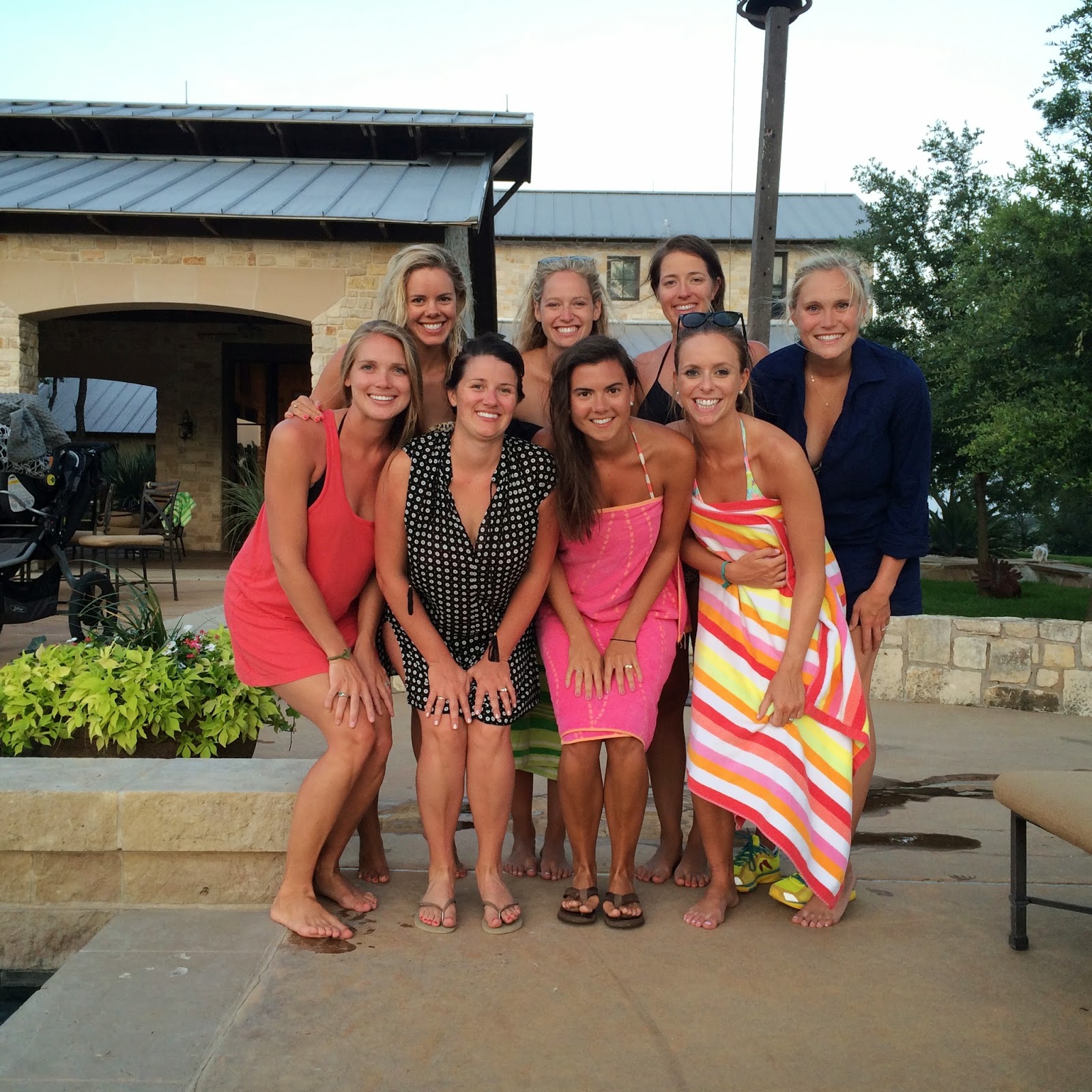 This year it was a little different because we had three babies on board: two were present; one is in the womb set to make its debut in September. Talk about growing up. Most of us survived Snowmageddon in 2010 by drinking calimochos and not much else, and now some of us have babies. WHUT. 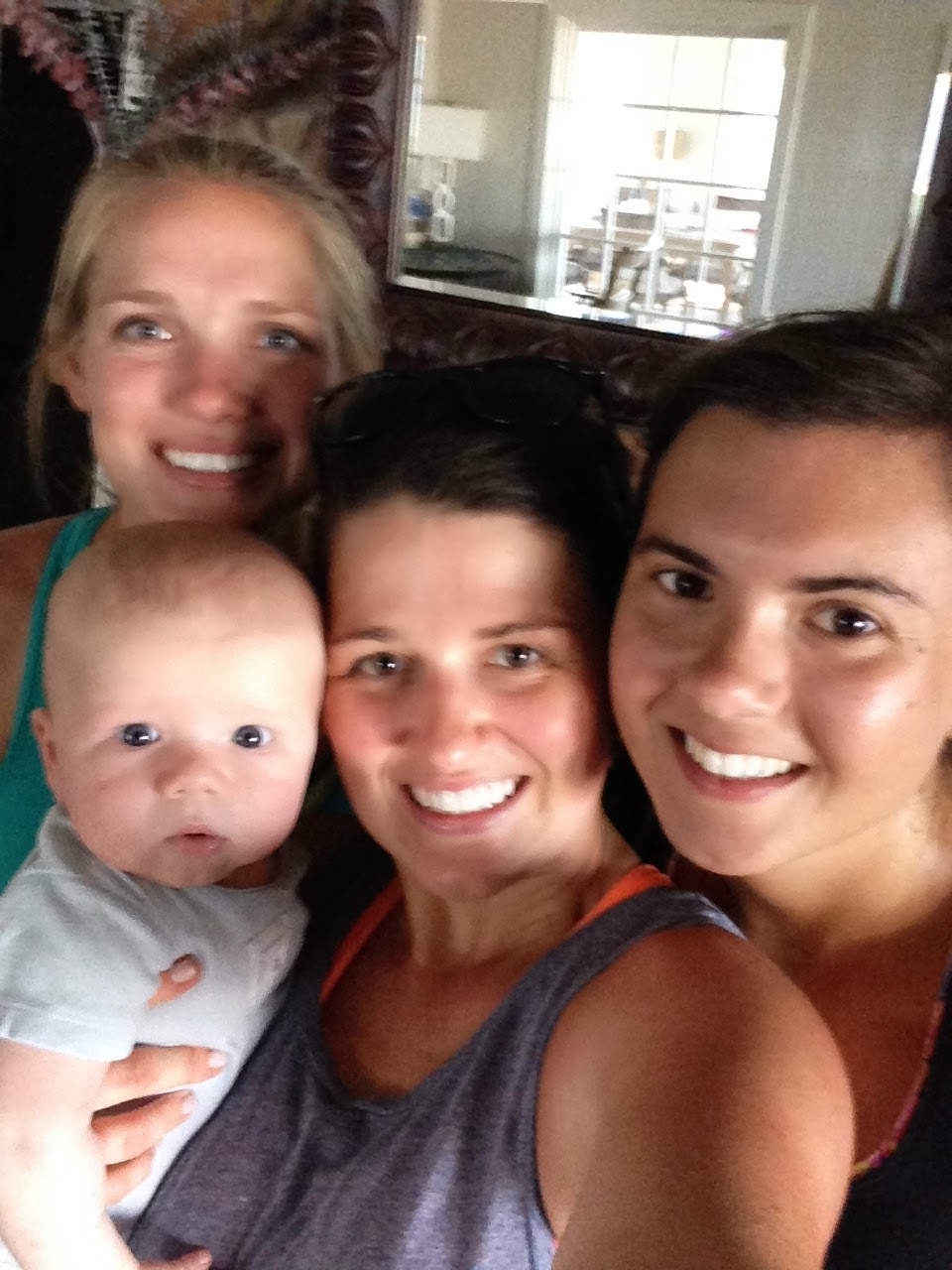 Michael went to Colorado the same weekend to visit his Duke besties and old roommates. They climbed a fourteener and did man stuff. 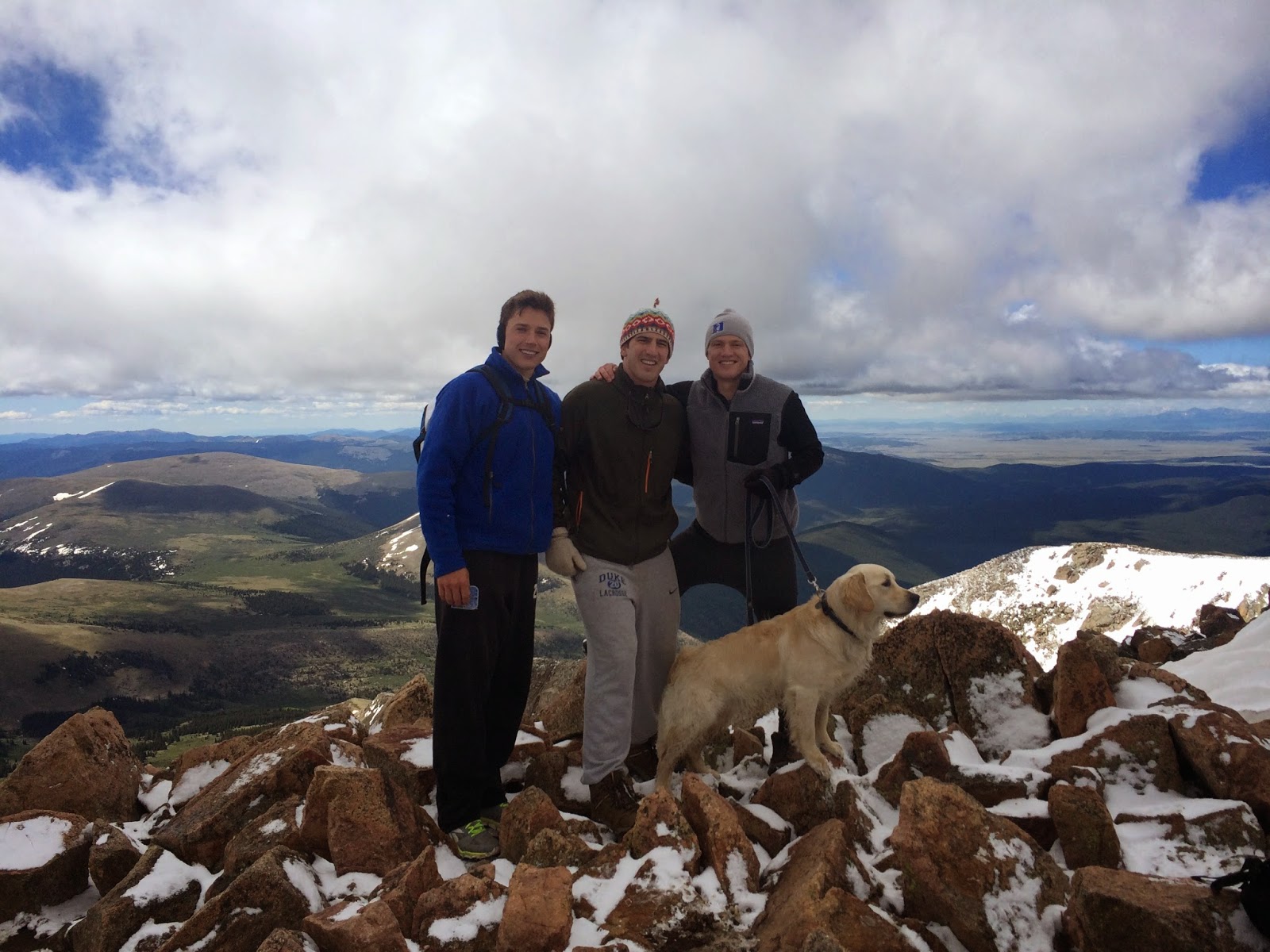 From there, we went to the beach in Ocean Grove, New Jersey. We did nothing except read and watch World Cup games and lounge with my padres. It was wonderful. 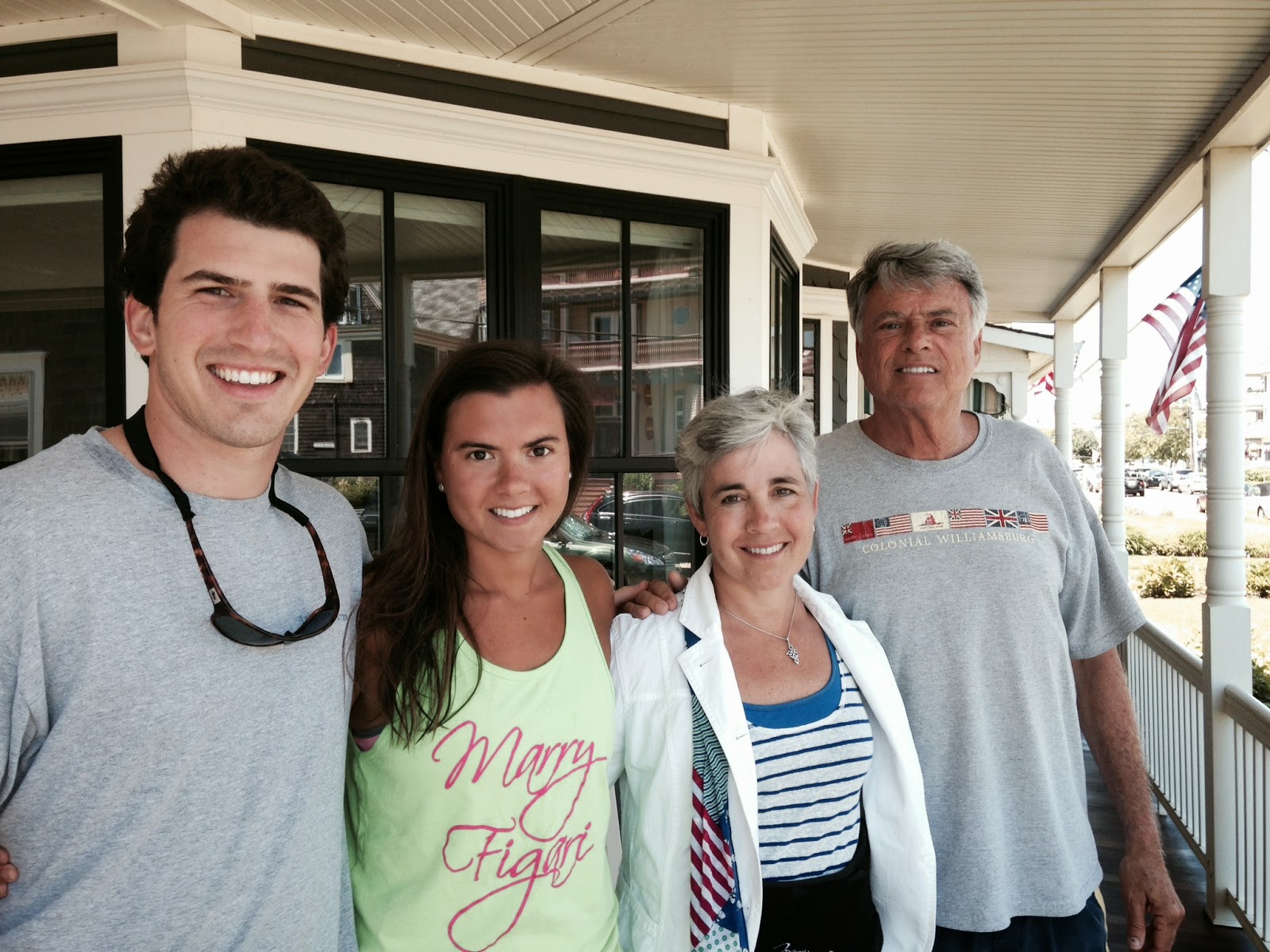 Michael and I also celebrated our 3-year anniversary on July 2nd while at the beach. I am convinced more and more each day that I married a dream man. He is the most loving and emotionally tuned-in man I have ever met. I don't even know what emotionally tuned-in means. Let's see if I can explain. He wants to know about my heart. He wants to know about my joys and sorrows and desires and ambition. He wants to know about my thoughts and what I'm reading. I often describe whole plots of the books I'm reading to him just so he'll feel connected to me. He likes the music I like (he doesn't really know anything but the music I like, truthfully.) And, he will rub my feet and make me pasta for dinner after working a 24-hour shift at the hospital. If that's not love, I don't know what is. Dream man. 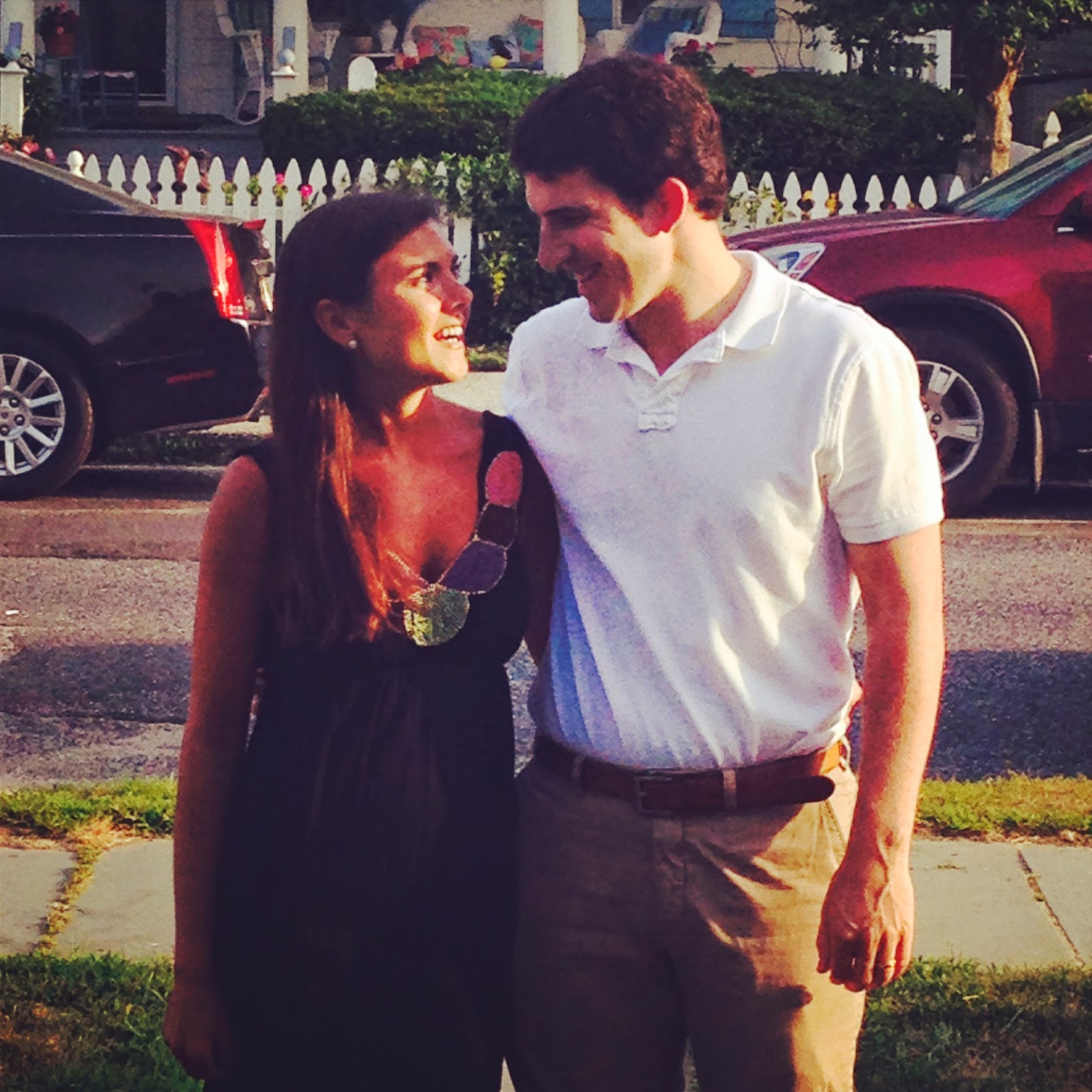 After the beach, Michael started his 4th year (4th year?!??!) of med school -- wait, let's pause and shout a word of praise for that statement: Thank you, Jesus!!!!! -- and I went home to Dallas for 10 days of weddings, seeing friends, taking naps with my mom, and basically pretending that I lived in D-town. My dear friend Allie got married in what was the most beautiful and God-honoring wedding ceremony ever. I have never stood so close to a full choir as they were singing, and man, it was something else. Just unbelievable. 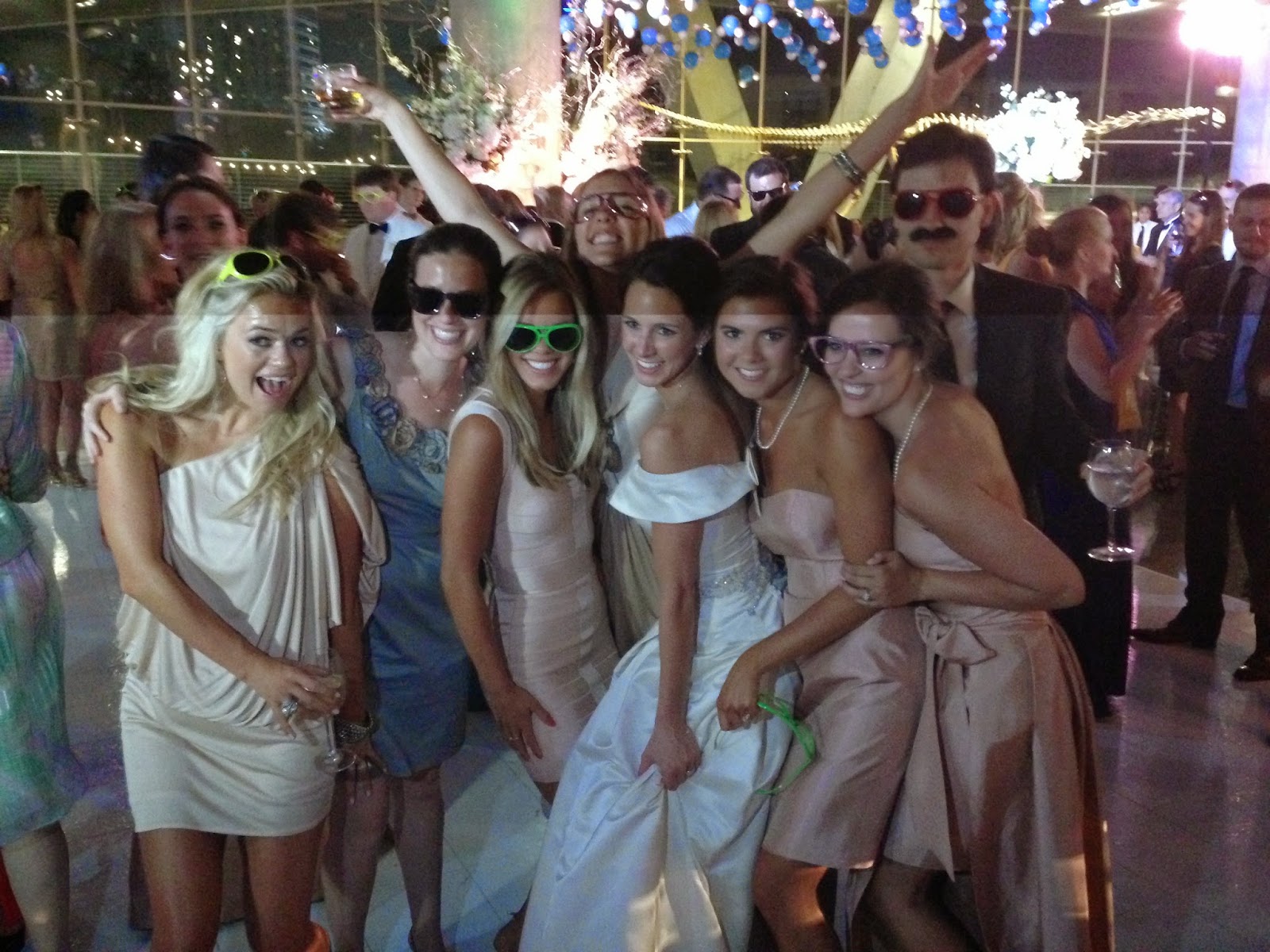 Now I'm back in DC where life is moving fast! Too fast. We have weird fall coming up where we won't actually be in DC for two months. I'm trying to soak up these peaceful DC nights and move slowly and intentionally. More on all of this laterrrrrr. For now, here is a new favorite tune. It's from the movie Begin Again which I saw recently with some friendies. It's a cute film - worth seeing. And because of it, I have a new appreciation for Adam Levine. Enjoy! Over and out. 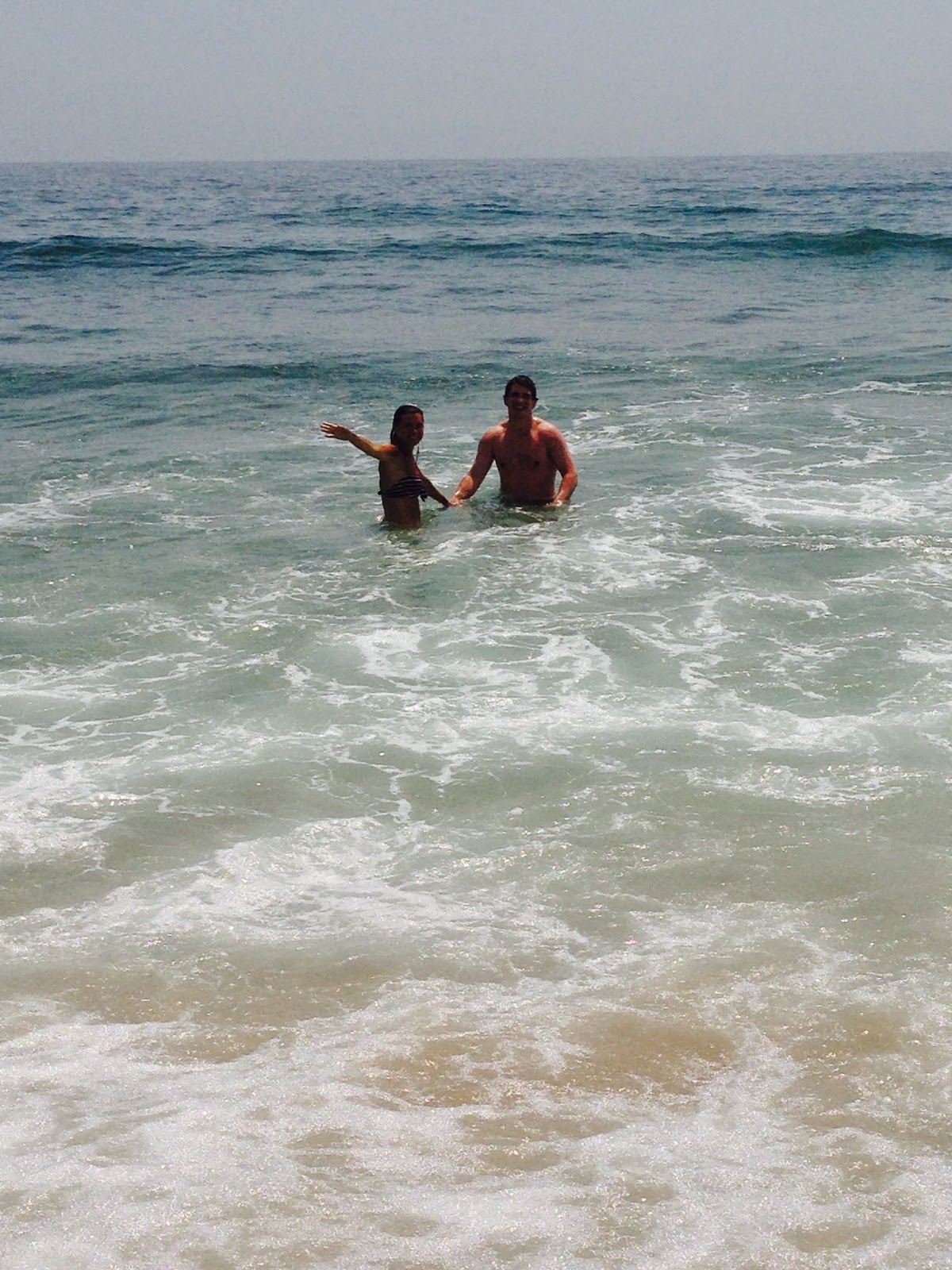 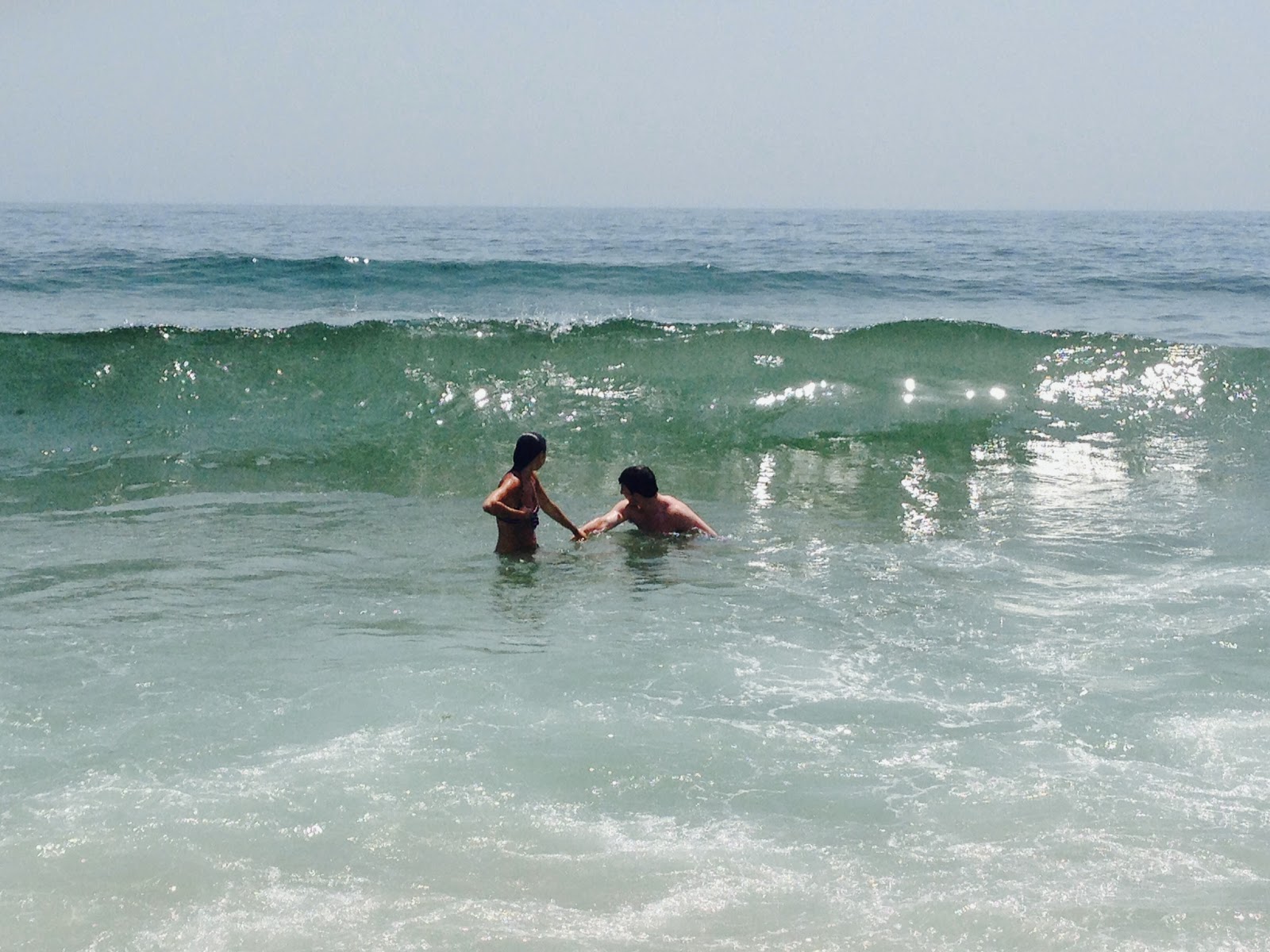 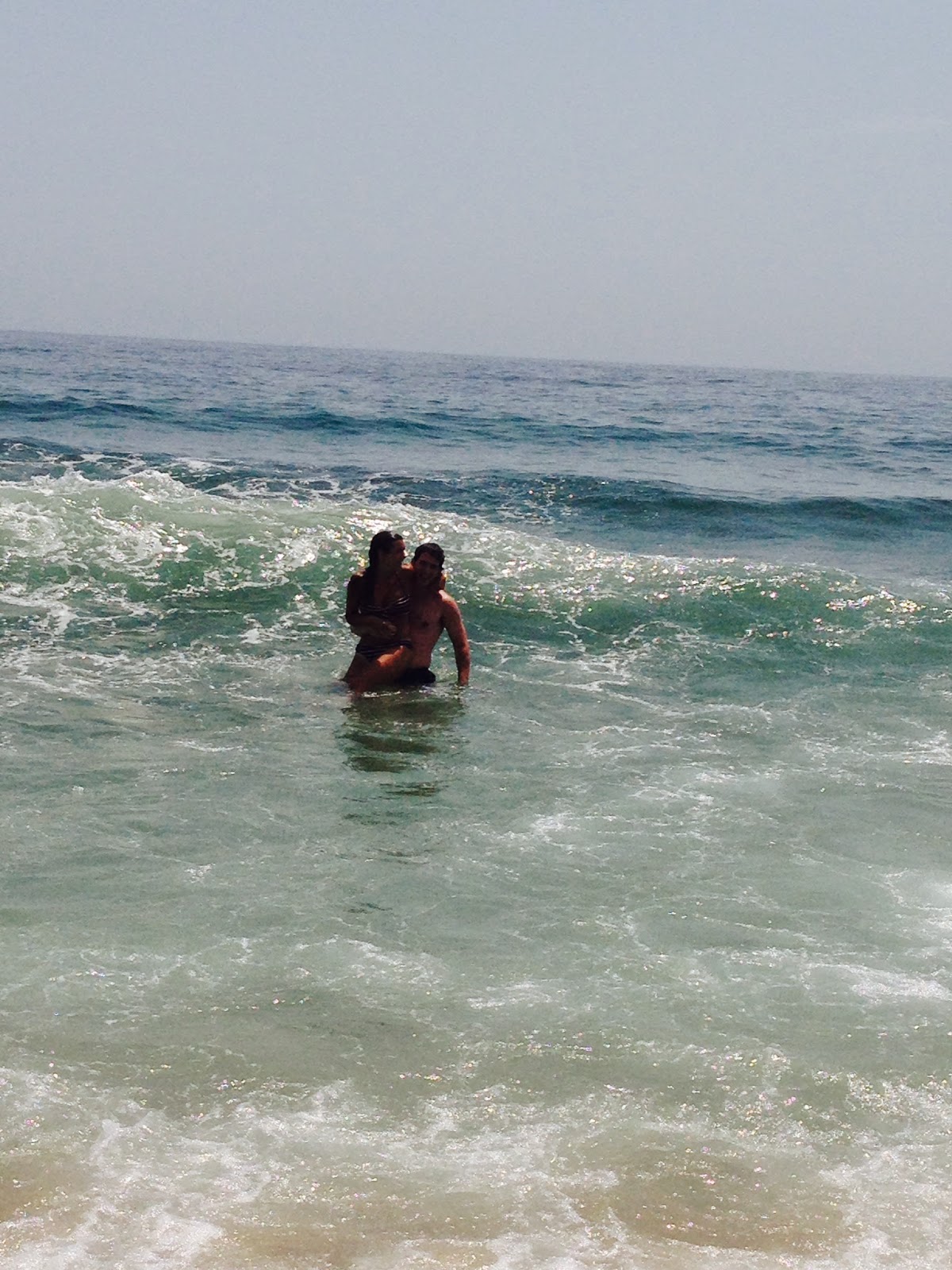