Flowers and Thoughts and Love Affairs

Two spots in my neighborhood bring me GREAT joy. Actually, there are way more than two spots, but for the theme of this post [FLOWERS], there are two spots that bring me great joy.

One is a home on Q and 32nd Street, and one is the Georgetown Lutheran Church on Wisconsin and Volta. Both of these places are lovingly and painstakingly cared for by a master gardener, and the result is simple and glorious. Both places are on prominent Georgetown thoroughfares, and I'm pretty sure that both gardeners find a lot of joy in their flowers because they know that those flowers bring a lot of joy to those who pass by. There is a lesson in this: he who refreshes others will himself be refreshed. (That's a Proverb -- hey o!)

I've actually been dying to know who owns the house and tends to the beautiful flowers at the corner of Q and 32nd for nearly three years. Turns out, it was the terrible winter that we had this year that gave me the opportunity to meet this mystery woman as she and I were the only two soles out in an early morning blizzard. She was walking her dog, and I was walking to let the dogs out that I was dogsitting. She is a beautiful woman named Laura who has a big, white Golden Retriever named Cody Dakota. The dog has two names because she couldn't decide which name she liked better, so she gave him both. It's the first dog I've ever met with a double name, but I don't really know why more people don't do that. Maybe I'll do that when we get a dog one day.

Speaking of that, (and this is a tangent that I didn't mean to write about, but that is what's fun about writing,) I always tell Michael how much I want a dog. One of my favorite things to ask him is what kind of dog he would want, just to see what he will say. We will be out taking a walk and see a cute dog and I'll go all googly-eyed and swooney, but getting a dog has never really been a reality. Then, last week, Michael randomly blurts out to me that we should get a dog. He definitely thinks we should get a dog. He's sure of it, and we should go to the rescue places or find a breeder and get a dog.

Now, you know when you say things a lot because you know it's not really going to happen? That's sort of what I was doing when I kept saying how much I wanted a dog. Then, when Michael randomly started to agree with me about wanting a dog too, I'm like "What the heck!? You're not supposed to say that!" Michael's supposed to be the rational one. The one who always brings my dream world back to earth. But now that he is saying that we should get a dog, I'm the one who is bringing the reality check:

Honey, our apartment is the size of a church pew.

Sweet pea, doesn't our lease say we can't have a dog?

Sugar buns, we don't really have that thing called MONEY. And owning a dog requires some of that.

Hurrrumph. I think Michael has me figured out. He has realized that if he plays along with my petty schemes and complaints and needs, then I'll actually be the one to freak out and turn into Ms. Practical. Dang it! I hate it when he figures me out! There is also a lesson in this: put your money where your mouth is.

Laura, the flower and double-name dog lady, keeps her garden so pretty. I run past her corner house almost every day and it never ceases to amaze me. I've learned quite a bit about flowers this year through a bit of study and because I've been doing more "girly" things of late with my free time, and I can't wait to have a real garden one day. Michael is the one with the green thumb in the family, but I'm the opinionated one, so we've hatched a plan that combines our strengths. Wherever we end up next, we want to have a garden. Herbs and vegetables, but most importantly, flowers. I will get to pick my favorites, and Michael will do all the hard work of planting. It's a wonderful life! 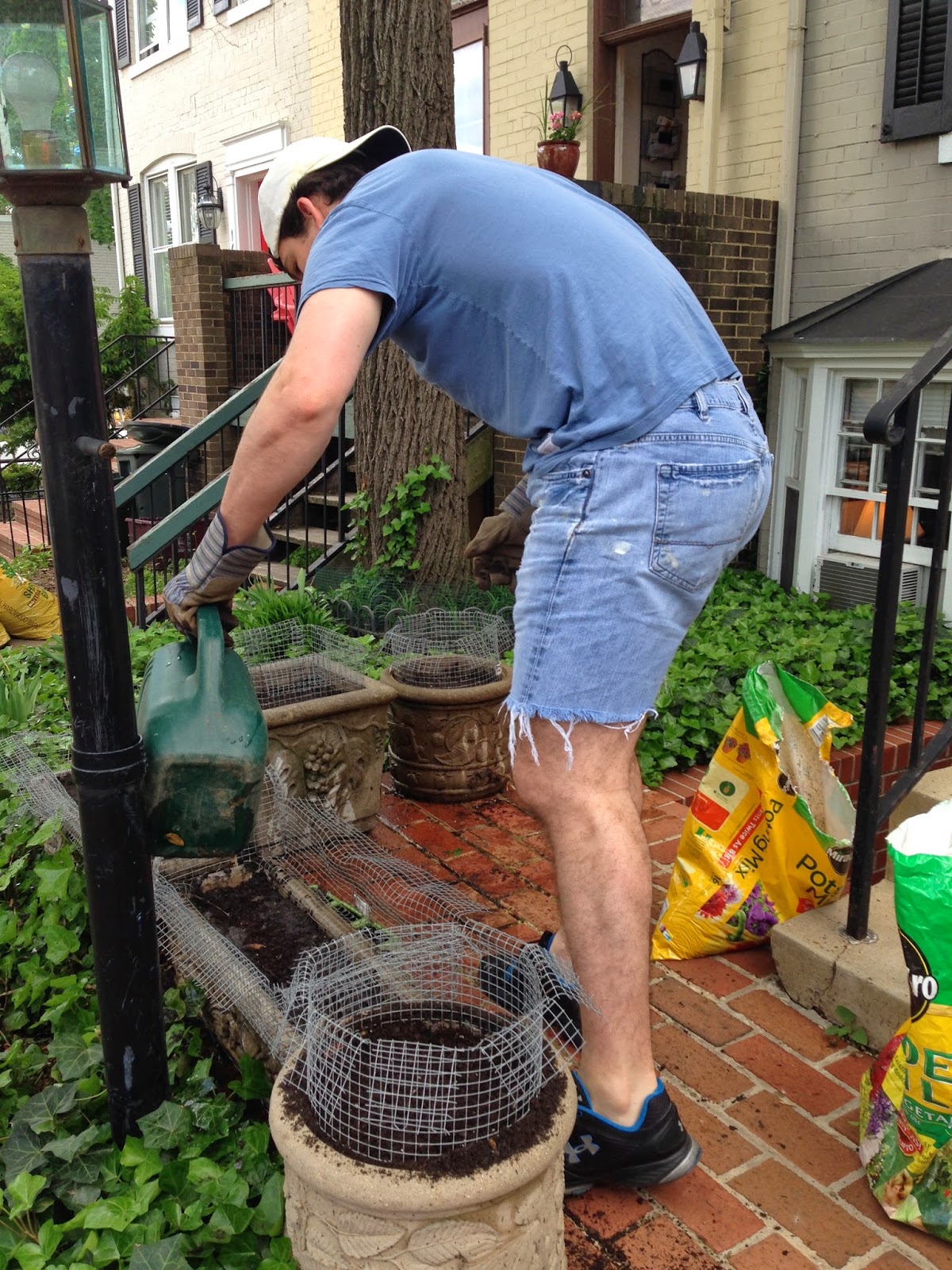 Just kidding.... I will help, of course. I will serve lemonade and other refreshments and take lots of pics.

Enough of this small talk. Let me show you some flowers. 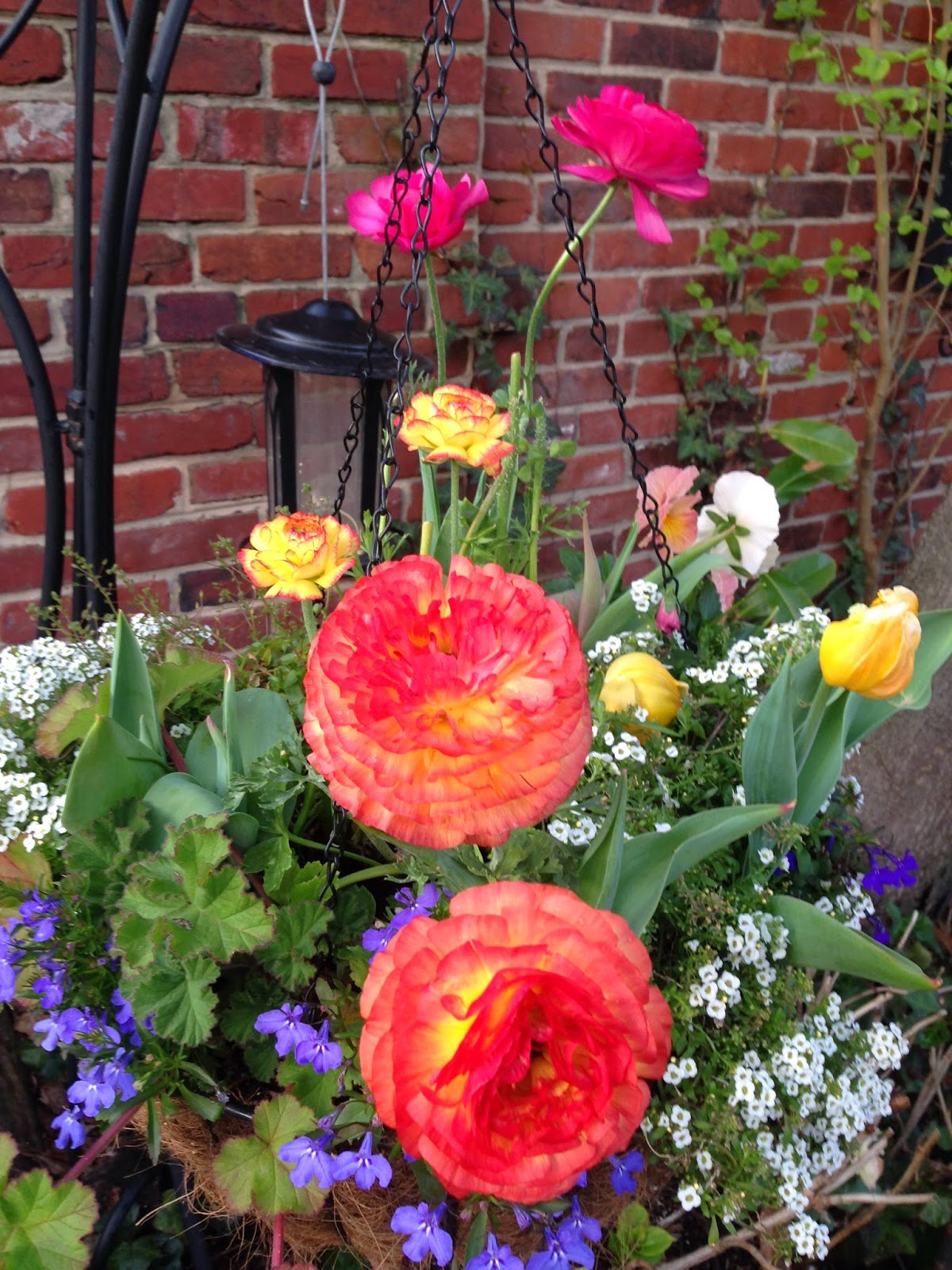 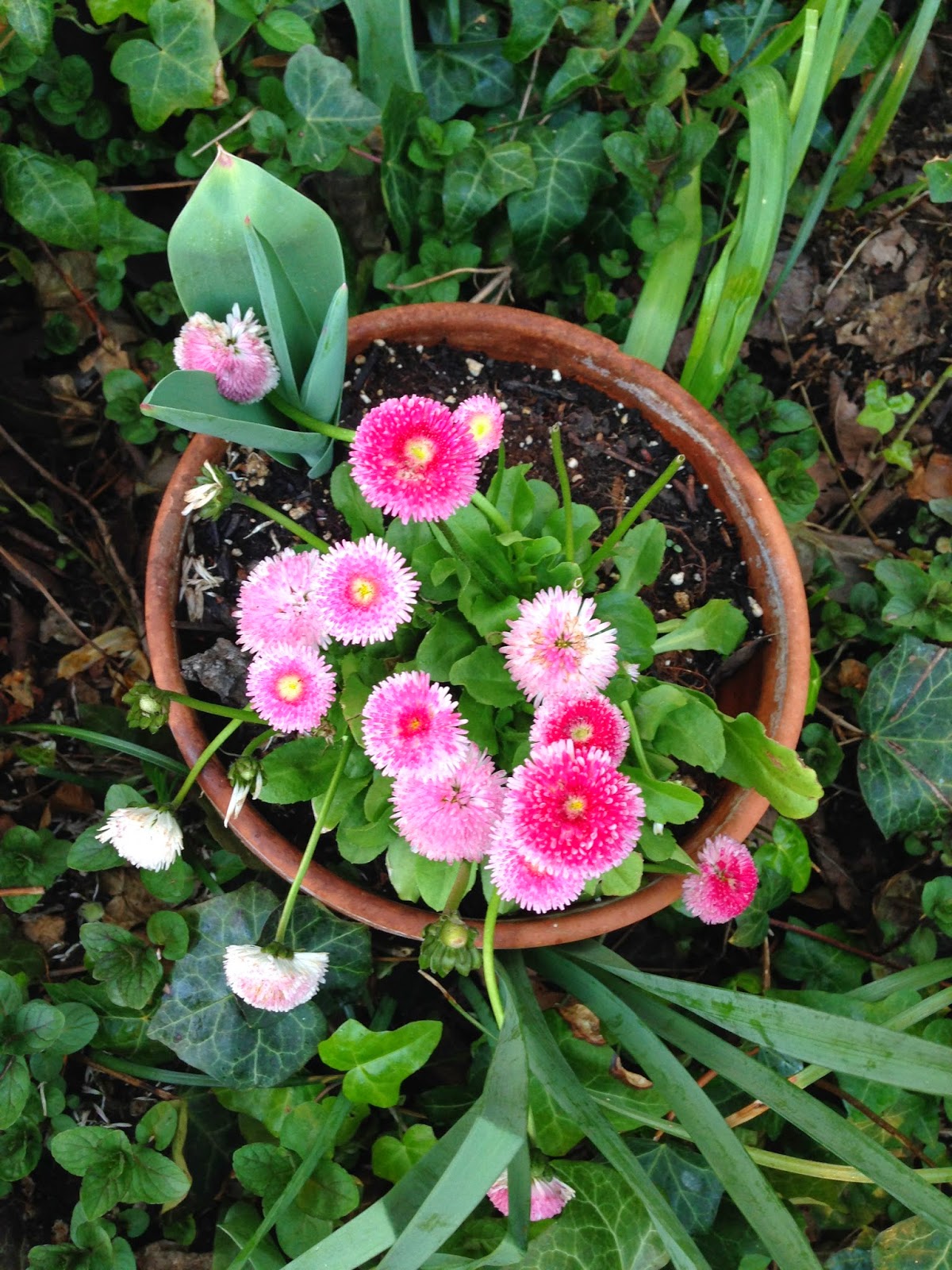 The window box that puts all other window boxes to shame: 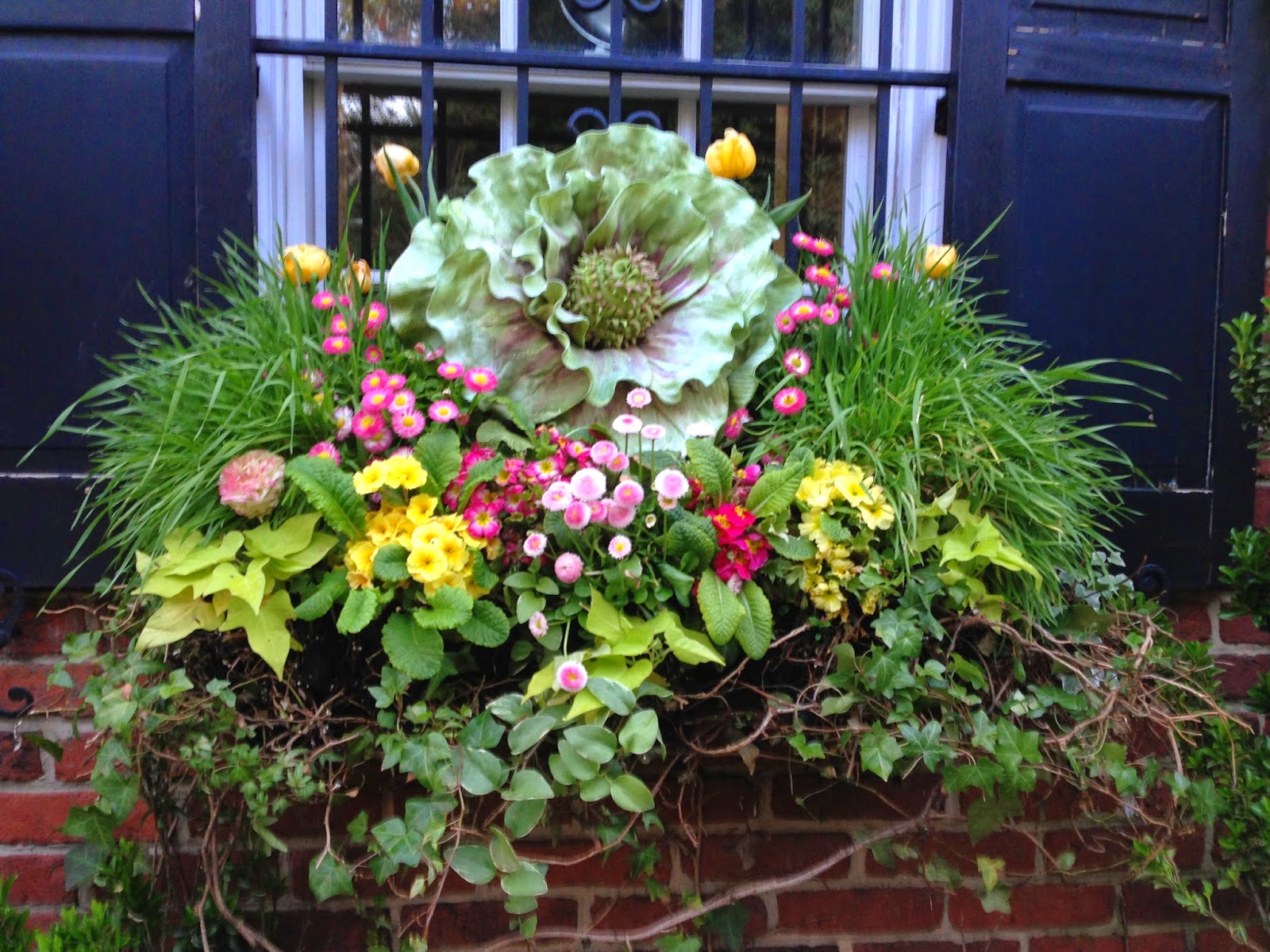 These purdy little vines aren't actually from Laura's house or the church, but, I mean, I love them. 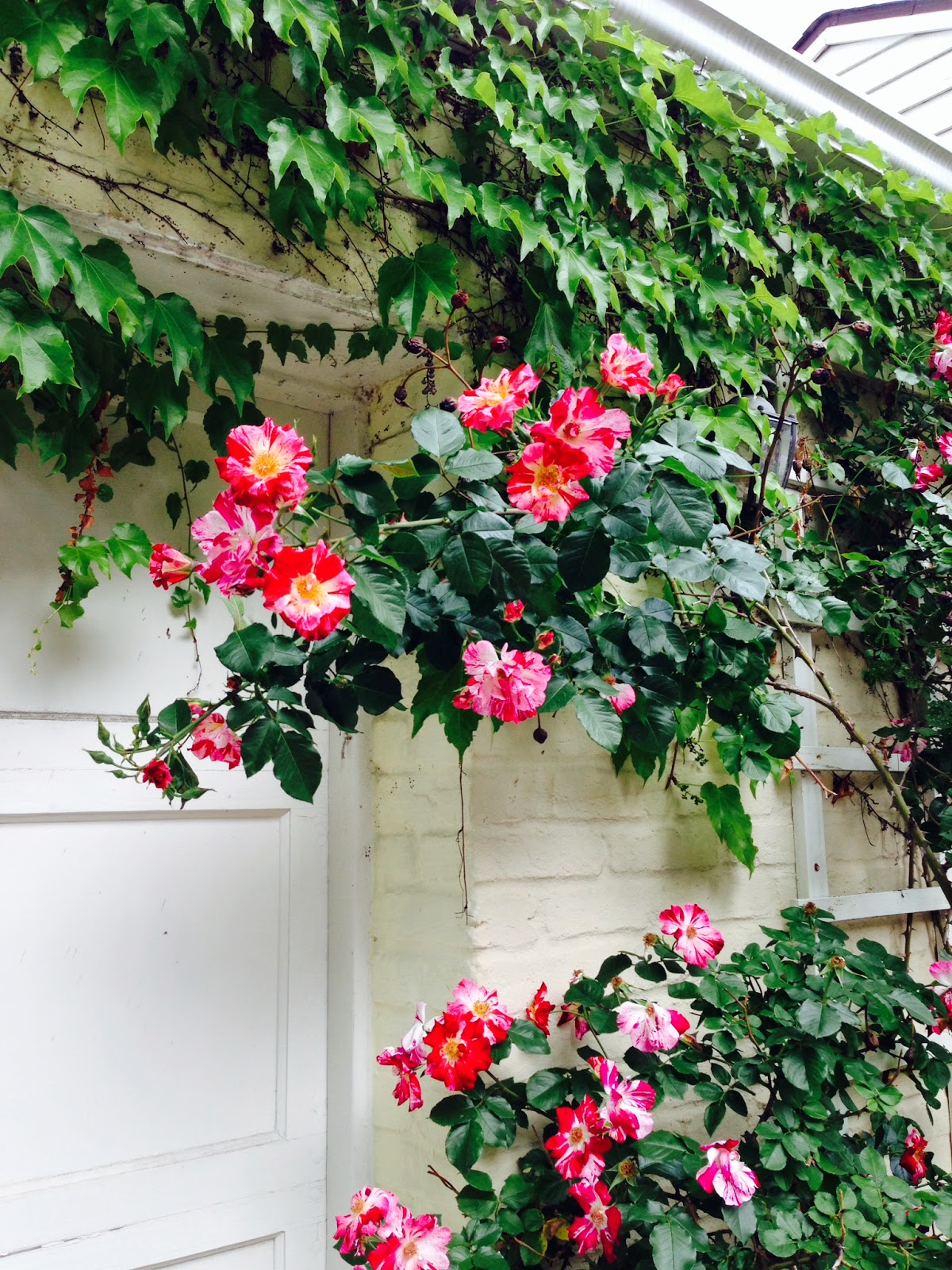 And finally, it's the Georgetown Lutheran Church! 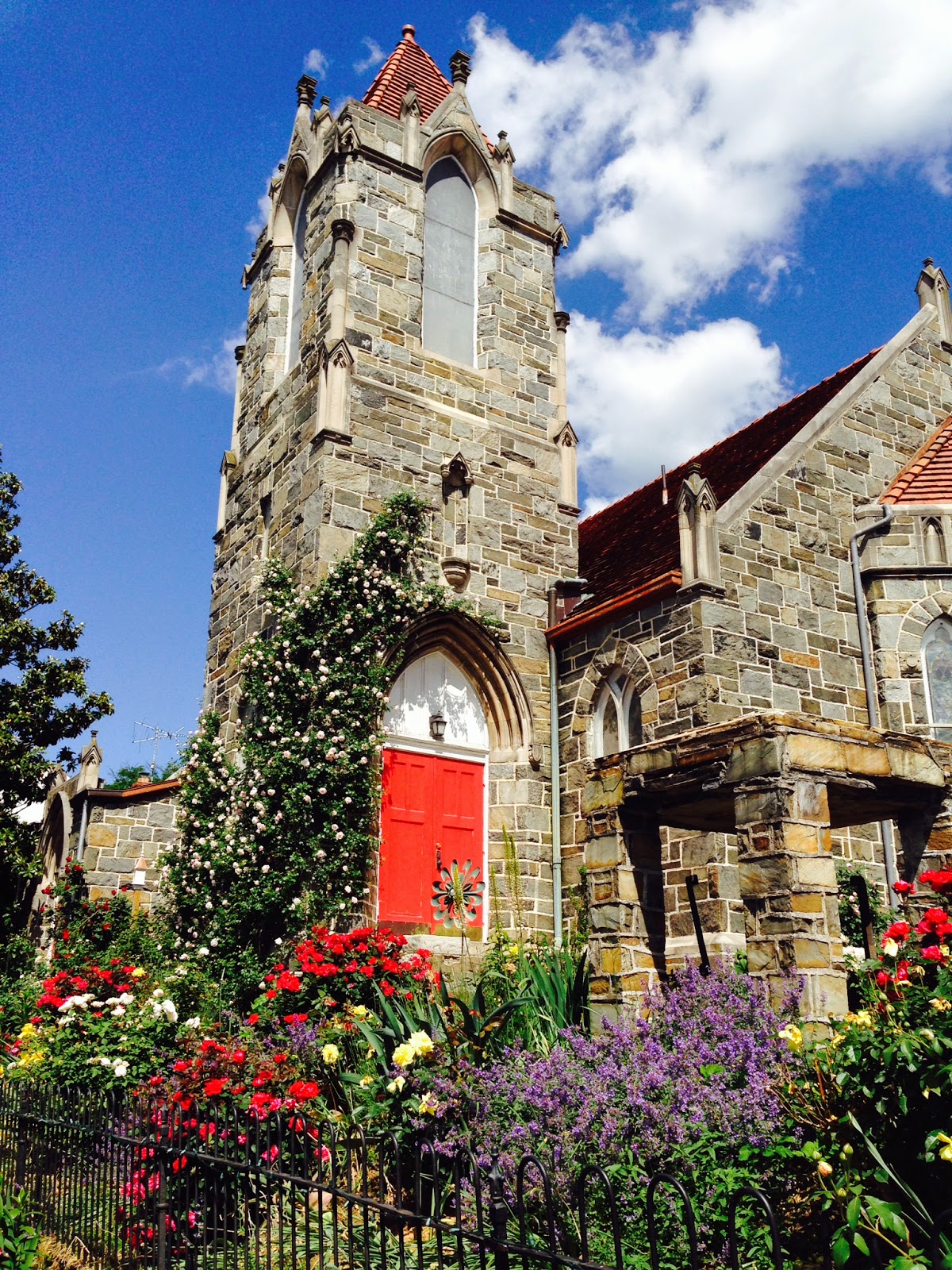 Happy Weekend!!
Posted by Carey Beth at 11:35 AM No comments:

Happiness is a fleece sweatshirt.

I know it's now mid-May and the Shortest Spring Ever due to the Longest Winter Ever has now skipped merrily into summer, but since we now have the AC on full blast in our teensy apartment, and since it was a monsoon outside, I went into the closet this morning hunting for my favorite fleece sweatshirt to curl up in while I drank my coffee.

The backstory on my favorite fleece sweatshirt:

My favorite clothing brand is Patagonia. I think it has to do with the fact that the name is taken from the mountainous and beautiful region in Argentina, that Argentina was a time of healing and happiness for me when I lived there in 2007, and that I have a thing about being warm and comfortable but also looking stylish. Not stylish in a preppy way, but more like in an outdoor adventure way. Don't be misled --- "outdoor adventure" are not words that I would say describe me too well. I think using a port-a-potty qualifies as an outdoor adventure.

Anyway, I've owned my cream Patagonia fleece sweatshirt since the summer of 2004 -- right before I went to college. As it turns out, Molly, my first year roommate and saving grace, had the same sweatshirt! (Well, in blue.)

Many memories were made in those sweatshirts:

It's like we've never seen leaves before. But this is how you just can't help feeling when it's fall and you're on the lawn at UVA. Why?? Because it's heaven on earth. 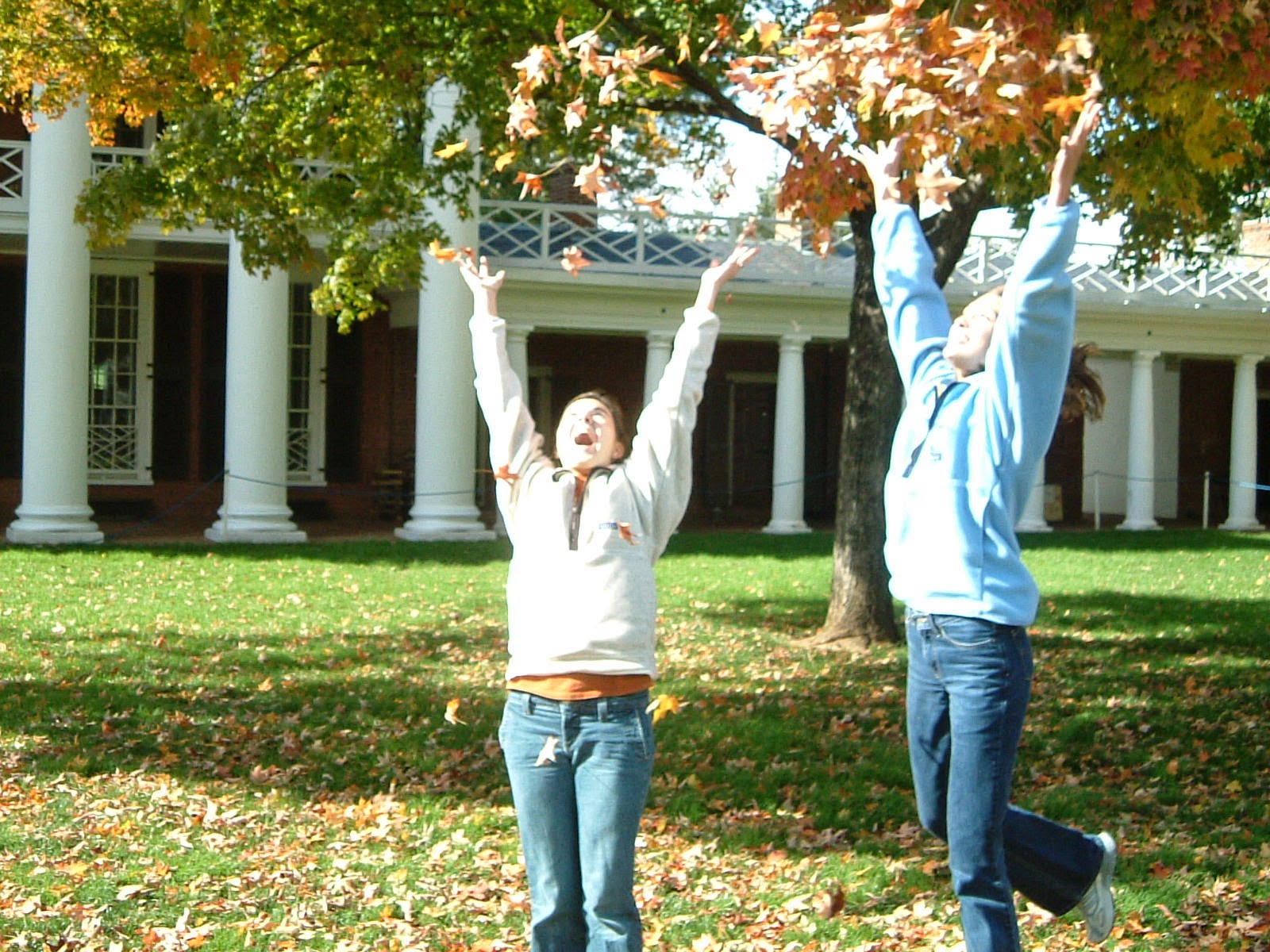 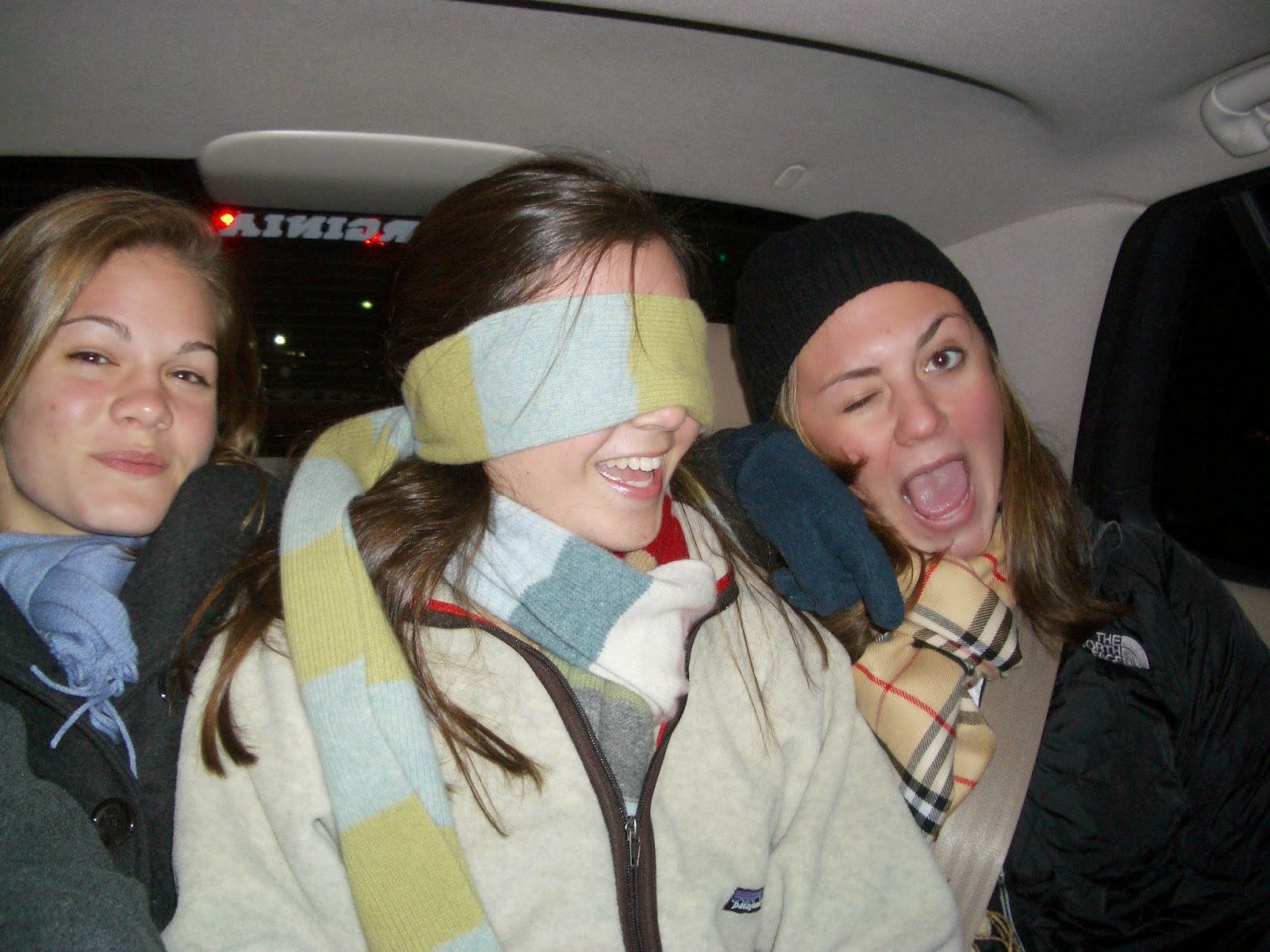 I wore the sweatshirt on the day that I killed two javelina with a single shot in south Texas. Pretty epic. 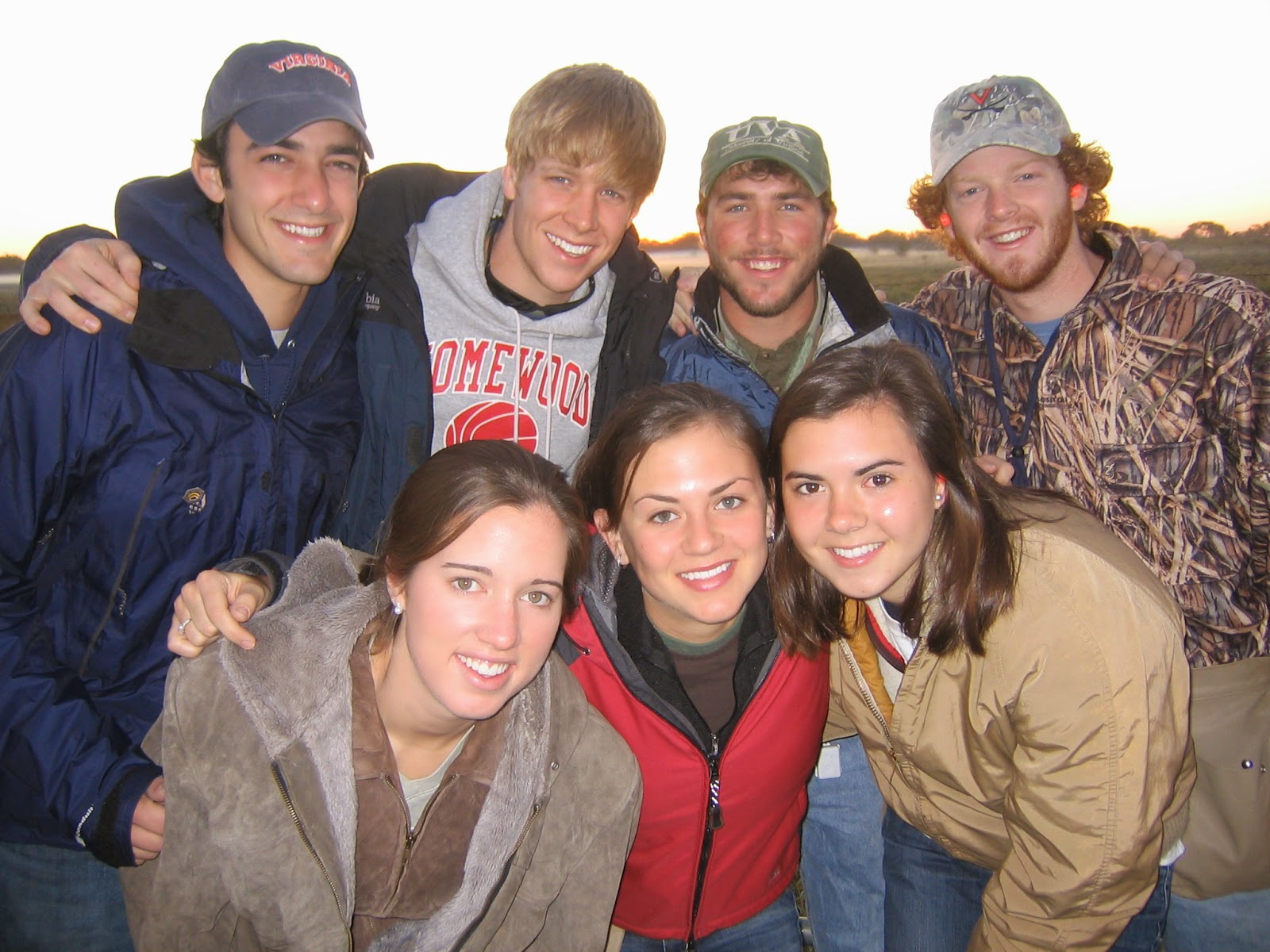 And I wore it when Tilly and I ran down Rugby Road with belts on our heads... 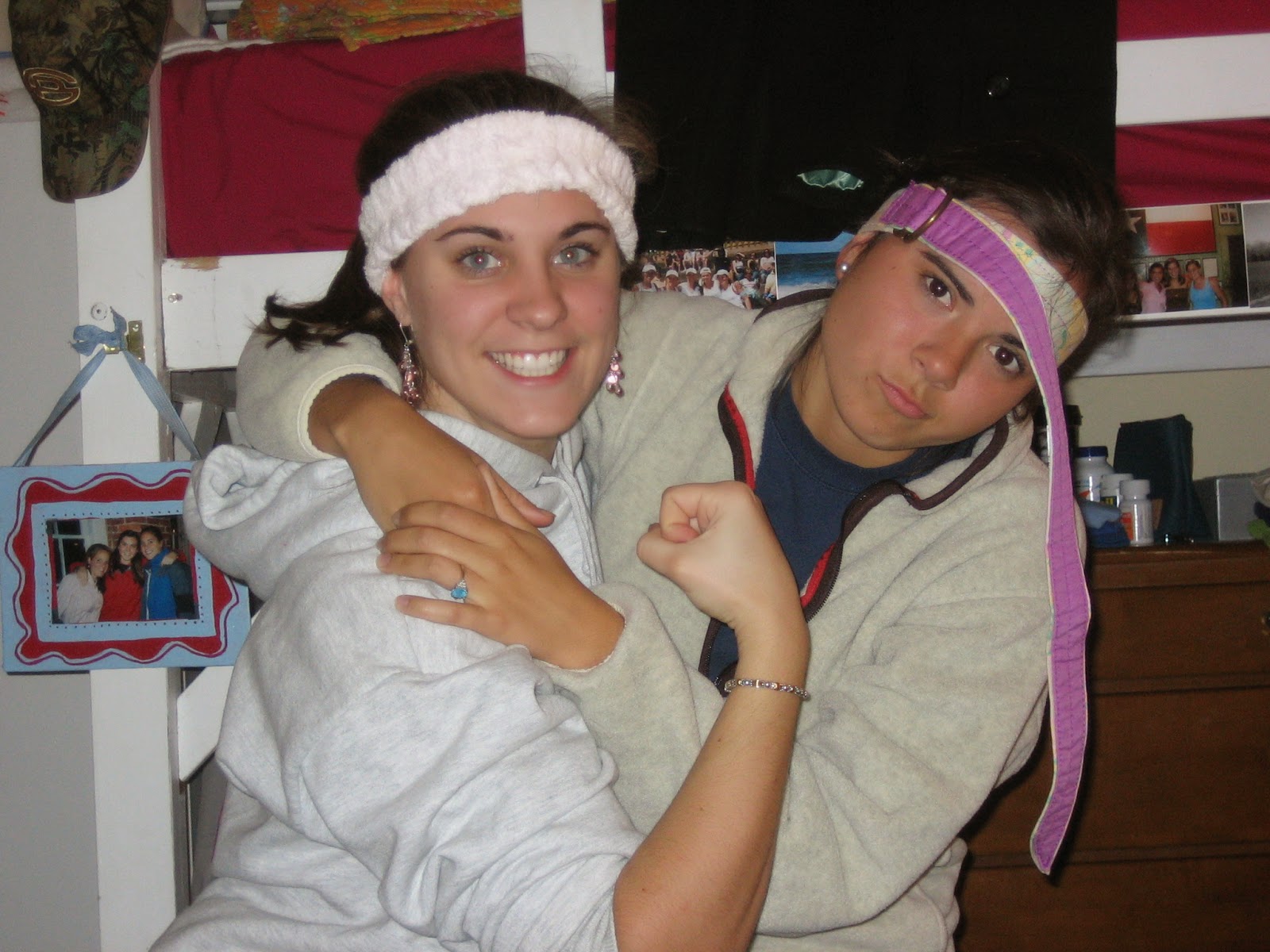 And when Sara turned 21. 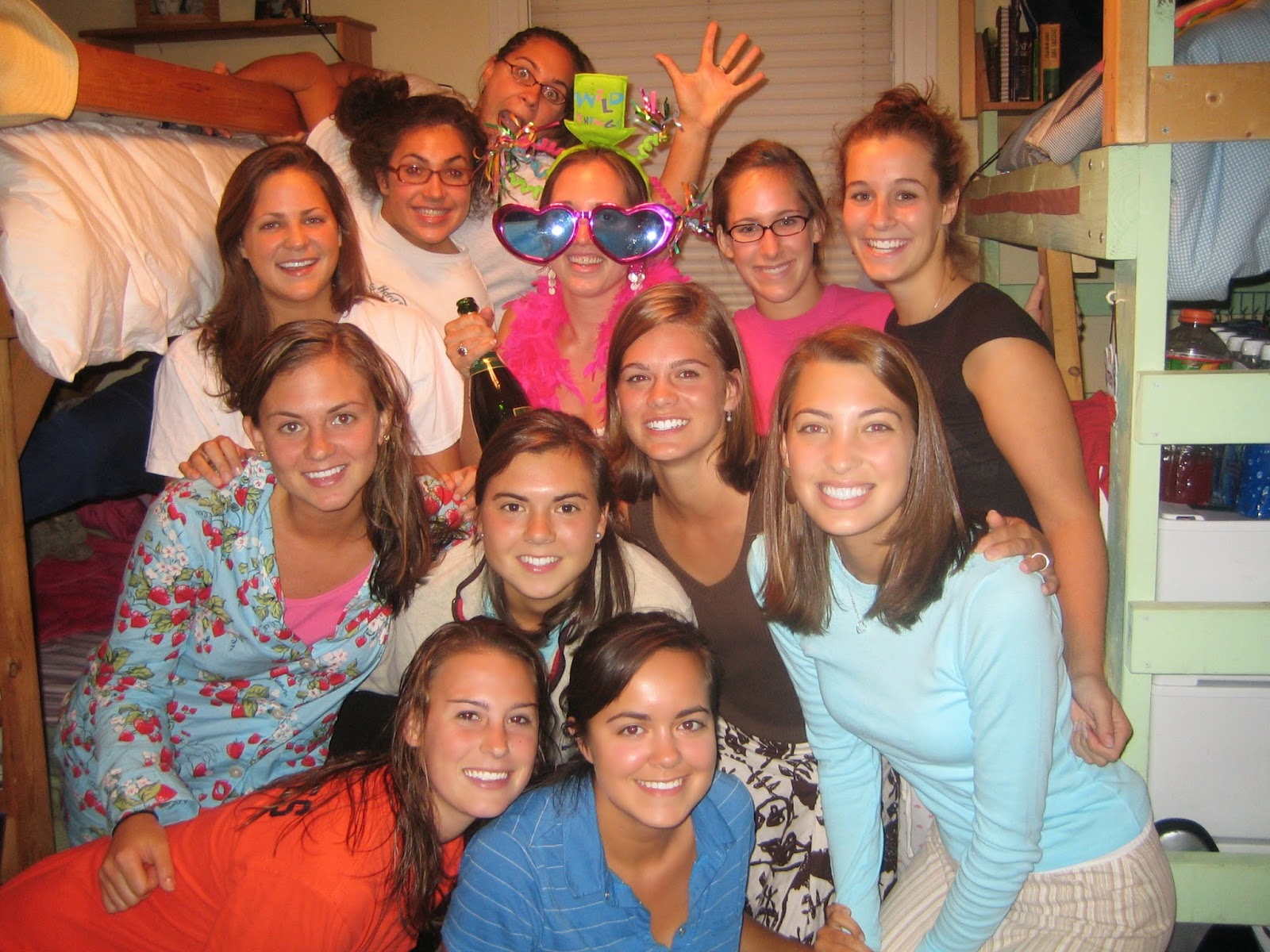 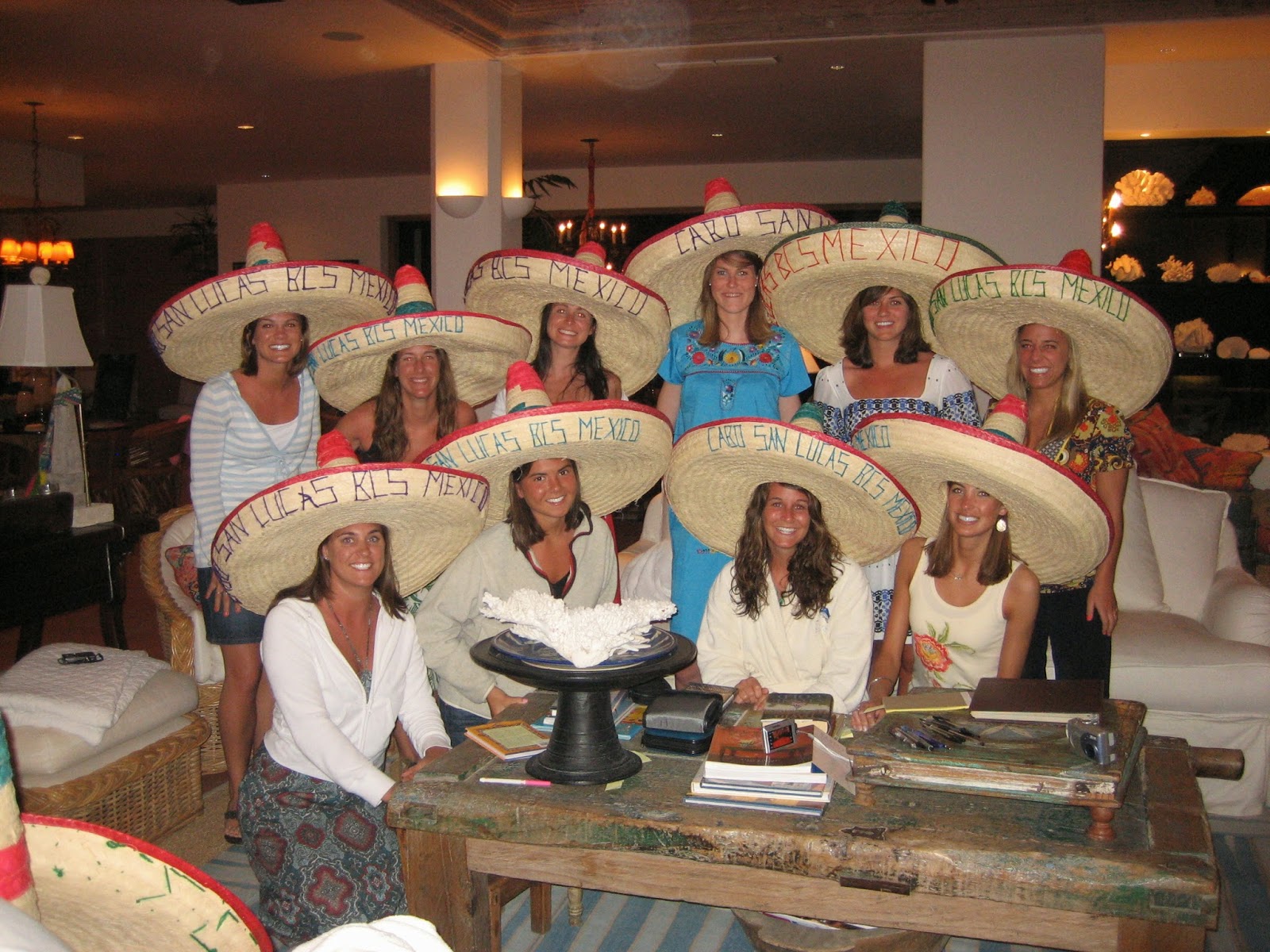 And when watching lacrosse with one of my oldest friends in the world! 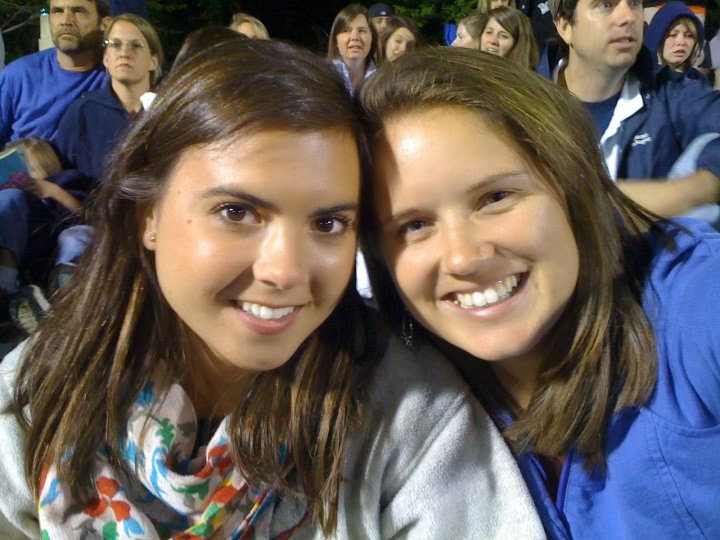 And I guess Michael didn't mind the sweatshirt too much, or my whole outfit for that matter (???), when we started dating and I drove to Durham to visit him for the first time. Because we got marrrrrried about 8 months later. 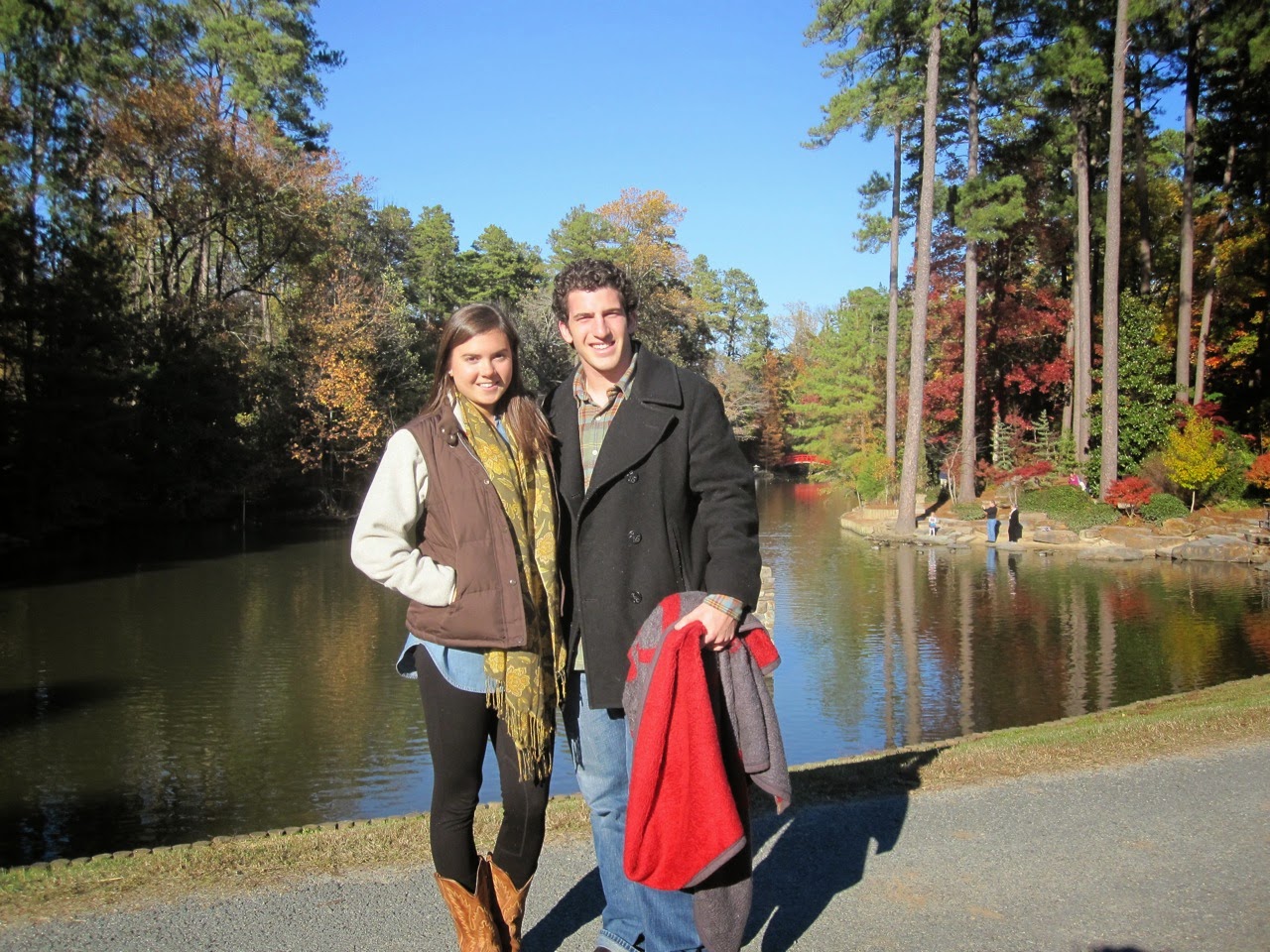 So there you have it. Happiness is a fleece sweatshirt. And sweet memories.