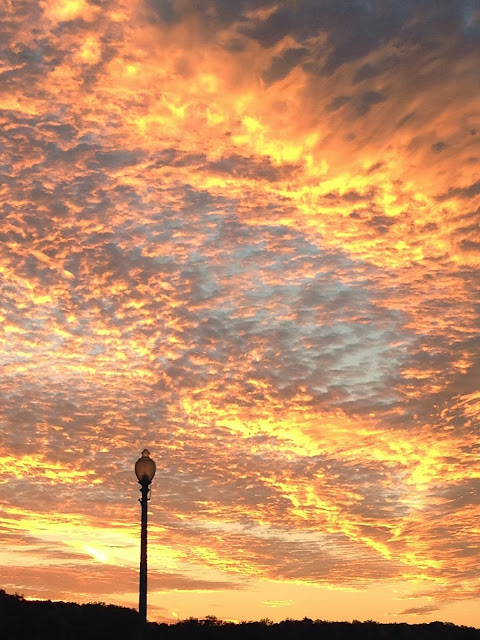 Why??? Why do I do it? Why do I make promises and then have to follow through with them??

They say yes with their mouths but their hearts are not with me... Doesn't Jesus say something like that? I think so.

And so. And so I must follow through and write about Acts 9. Even though I feel like my heart is not there right now. I would so much rather write about something else, something more "fun," and not have to write about the wonderful passage that is Acts 9. Here is a lesson to learn: if something is on your heart, you should write it down right then and there, and not belabor it or waste time or say "I'll get to it later" -- because you know what? The later is now the NOW. And here I am complaining about how I said I would write about Acts 9, and it's been 17 days and I still haven't done it.

So, here we go. I am saying yes with my mouth but my heart is not in it... but I have a prediction.

It is this: that by the time I am finished writing this post, my heart will be all in.

Acts 9 -- I've been reading Acts in my morning QT lately. Acts is the New Testament parallel to the Old Testament Judges. In Judges, the cycle of turning away from the Lord is repeated over and over, and Israel's oppression and idolatry gets worse and worse. Bottom line? It's a low point in Israel's history. The phrase "and they again did what was evil in the sight of the Lord" is on repeat the whole time. Geez louise, that stinks. But thankfully there is the NT and there is Acts! And Acts tells of the total opposite -- it tells of people turning away from idolatry and sin and coming to know Christ in crazy numbers despite trials and persecution and stoning and prison and ship wrecks and... it's totally glorious. And Acts 9 tells the story of Saul's conversion.

In the previous post, I wrote about how I've been reminded lately to open my eyes to the simple wonders in my everyday life. It was while thinking about this that I noticed how much sight, seeing, vision, and eyes had to do with Saul's conversion.

Now I know what you are thinking. "No duh... Saul goes blind for a few days... we know the story. Moving on." Well, to that I just say: slow it down. Breathe it in, child. There is much to be discovered in a passage that you think you know well. There was for me, at least. Take note:


The physicality of Saul losing his sight was humbling. He had to be led by the hand. He was physically unable to do anything without assistance. He didn't eat or drink.

But what about the metaphorical loss of vision? Saul was already blind, but now his outer physical blindness matched his inner spiritual blindness. Saul literally was blind to the Lord and his loving-kindness. He was blind to the Lord's call, despite his knowing that it was the Lord who called him that day on the road to Damascus. And aren't we all that way too? Without the Lord opening our eyes, aren't we all blind, groping about aimlessly, trying to figure out how to live without sight?

But how can we live without sight??

I was thinking a lot about the meaning of verse 16. God says, "For I will show him how much he must suffer for the sake of my name." We know two things about Paul (formerly Saul) from other places in the Bible: that he had really large handwriting (Galatians 6:11) and that he suffers from some form of physical problem (2 Corinthians 12:7).

I'm pretty sure (and most people agree) that Paul's thorn in his flesh is his impaired vision. And I'm thinking that his impaired vision was likely from the light from heaven that flashed around him on that fateful day. And it's something that would keep him humble for his whole life. Something that always would bring him back to the Damascus road. Every time someone asked Paul about his poor eyesight, he probably told his conversion story. How he "breathed threats and murder" against the very God he now served. How he once denied the very cross that he now preached to the world. And how his eyes had been opened, literally and figuratively, by the Holy Spirit. 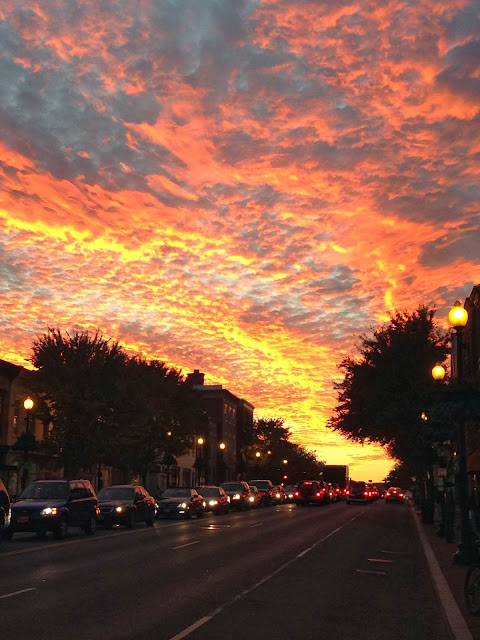 I want to live with my eyes open. I think they are, but I also know that sometimes the world and its worries can make them shut... or at least make them flutter and squint.

But I know this is true -- that I can say, with Paul, and like the man born blind:

"One thing I know, that though I was blind, now I see."

Email ThisBlogThis!Share to TwitterShare to FacebookShare to Pinterest
Labels: Jesus