Georgetown Cupcake and Things I Love about Georgetown, a Series!

I'm going to start a little series on the blog. It's called TILAG.

Yikes. That just sounds awful. Maybe I'll just call it like it is:

"Things I love about Georgetown."

As if I don't talk about my hood enough... but consider this the inaugural posting of the series. Let's begin!

I need to address something exceptionally important in my life that causes both befuddlement and amusement on a pretty consistent basis.

Let me set up the situation for you: everyday*, I drive home from work. I cross the Key Bridge and turn right on M street, quickly get into the left-lane, and take a left on 33rd Street NW -- the street where we live and the street that we love.

And everyday, there is a horde, a buzzing swarm, a listless mass, a humming host, a grand MULTITUDE of........ people! 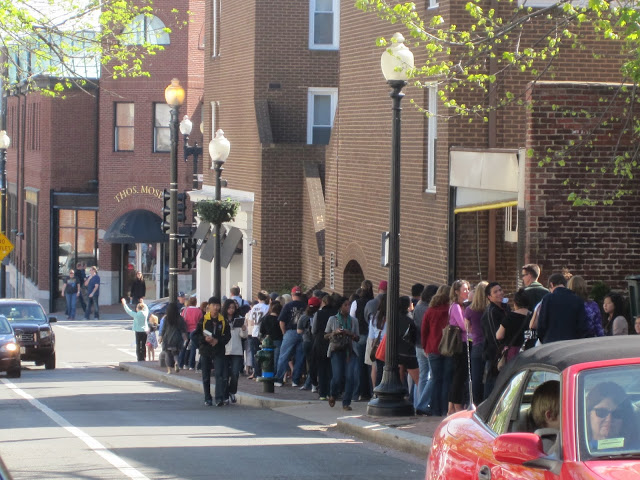 Standing all in a line. Waiting for a taste of maple, or maybe honey banana, or PB Fudge, or perhaps salted caramel, or strawberry, or how 'bout chocolate coconut. These flavors and more, all baked into little cupcakes and packaged in a pink box. 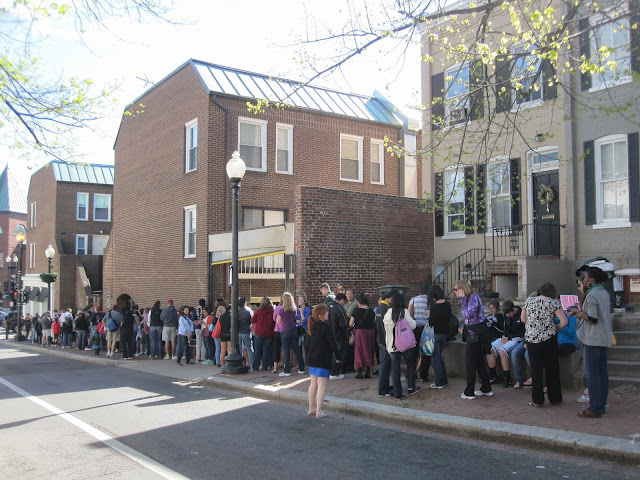 Alas, I share my street with none other than Georgetown Cupcake (aka DC Cupcakes if you are familiar with the show... I am not.) 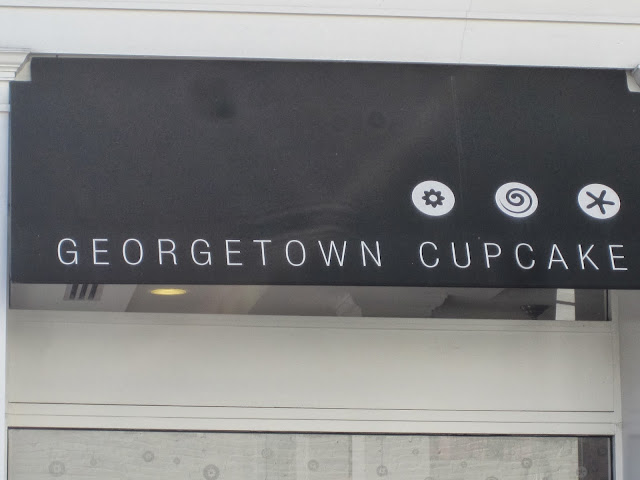 To set the record straight once and for all, Georgetown Cupcake is good. But it is nothing compared to what you could make for yourself at home. It is nothing compared to my friend Leighton's mom's carrot cake with cream cheese icing (one word: DECADENT) that could easily be made into cupcakes. It nothing compared to Sprinkles which is a mere two blocks down M street, and it doesn't even come close to touching my friend Jennifer's Coca-Cola cake cupcakes. And don't even (don't even) get me started on Baked and Wired. For the love of all the best coffee shops in the world, don't get me started on Baked and Wired. Just go there. Just go! Only don't go. Because I don't want to see you there. It's my tucked-away haven.

But hey, if cupcakes are your thing, and you like waiting in line, than Georgetown Cupcake seems to be the place to be. I actually have never set foot inside the shop, but I can attest to the friendly faces who direct the lines and talk about the daily flavors to the bukoos of people waiting for their sweet treat. 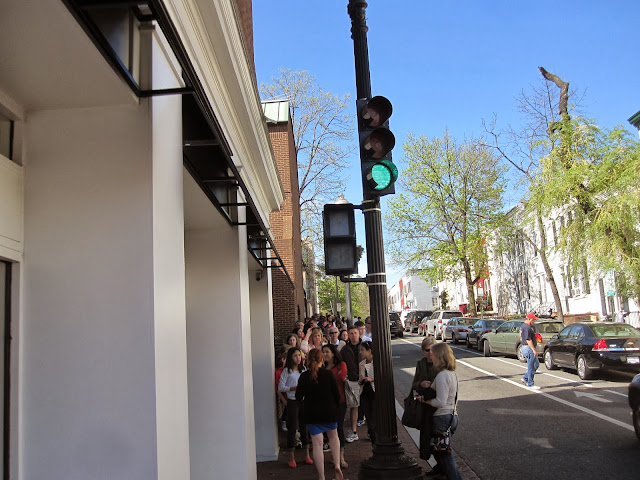 And I can also speak about the cop.

Anyway, this cupcake cop. He keeps the peace, let me tell you what. 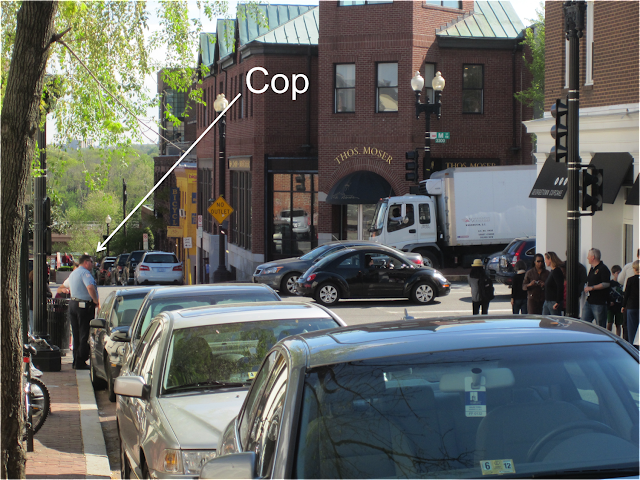 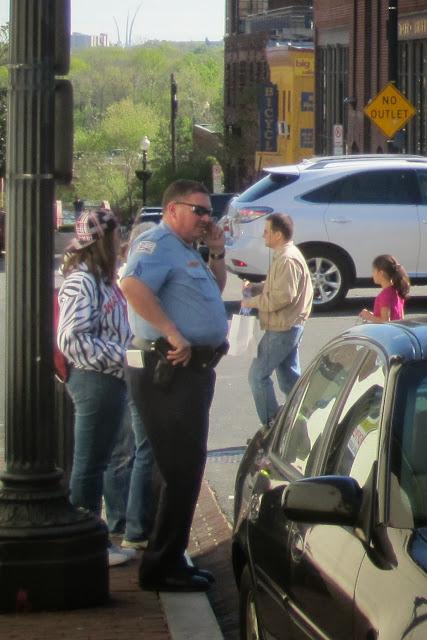 I'm shaking in my boots!

But the cop is always there. I mean always. Well like almost always. Is what I mean. But he is there! And I think he is paid to just... you know... make sure Americans don't eat too much? Nope. Catch the wayward cupcake thief? Surely not. Make sure determined cupcake consumers don't get hit by cars? Probably so. But I really don't know...

I think he gets paid in cupcakes.

This line, this endless line of people. Even if I do think they are crazy for waiting so long for baked sugar and flour, it sure has become something I look forward to seeing everyday. Why? Well, because I love my neighborhood! I try to avoid the crowds, but I love my hood.

So TILAG (mmmmm?) #1 -- Georgetown Cupcake and the Cupcake Cop. Sure signs that I am nearly home. 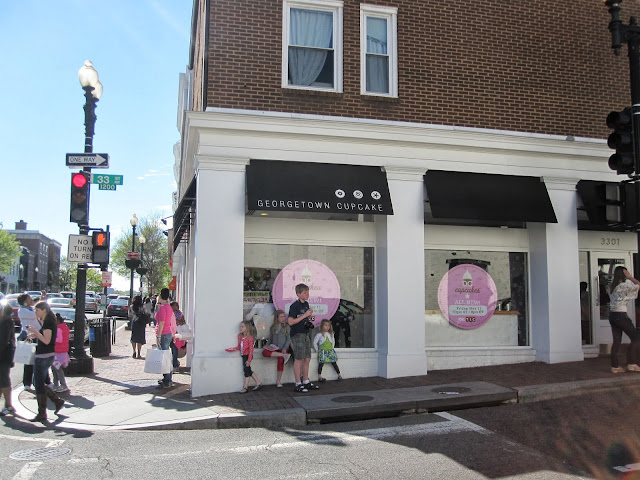 (*everyday is a loose term. I don't go to work everyday since I sometimes work from home. Glory, glory halleluia!)