Inauguration: then and now

Inauguration Day on this coming January 21st (although technically inauguration is always on January 20th), will mark my four year anniversary in the District of Columbia.

Holy cow! I am nearly a local. (You are a local if you have lived in DC for 7 years or more, so they say.)

There has been a lot of chatter recently on the Georgetown Neighborhood Listserv about the inauguration festivities, the crowds of people swarming the District, the impossibility of navigating the traffic so don't even try, the crazies who come in from out of town, and the general chaos that descends upon the city for the merry inauguration weekend. Here is my personal favorite comment:

"Lots of drunk people from out of town who assume that it will be ok if they go to a ball in a strapless gown and order their driver to drive in reverse down one way streets to get them to the door at the ball they are attending, since they forgot to bring a winter coat. Lots of near misses with pedestrians. I'd avoid it if I were you. Last time I went to Florida and am considering doing something like that again."

I happen to have been to one of these balls. When I first moved to DC in 2009 after 6 months in the test kitchens with Southern Living magazine, I was overweight and jobless. Ok, overweight may be an exaggeration, but I did pop the button off my jeans my last day at SL. True story. This is why I no longer work in the culinary industry. Enough said.

So I moved to DC jobless, but living with 6 girls in a house we affectionately dubbed The Blue Barn. That was enough for me! Until I needed to pay rent. So through a connection to the event planning world, I somehow ended up working the Pennsylvania State Society Inaguration Ball, and had to stand at the door that separated the regular Pennsylvania citizens from the VIP Pennsylvania citizens -- like Brian Dawkins, who played for the Eagles, and Sharon Stone. It was Stone who incidentally was the guest of honor and gave the weirdest speech I have ever heard.

On Inauguration Day, I walked to the Mall with friends to watch Bono and Beyoncé herald in Obama's first four years. 'Watch' is a loose term. I was about 50 yards behind the 7th row of jumbo trons that had been put up all over the Mall. But still, it was fun and definitely a thrill to be with hundreds of thousands of people getting super excited about a new president. 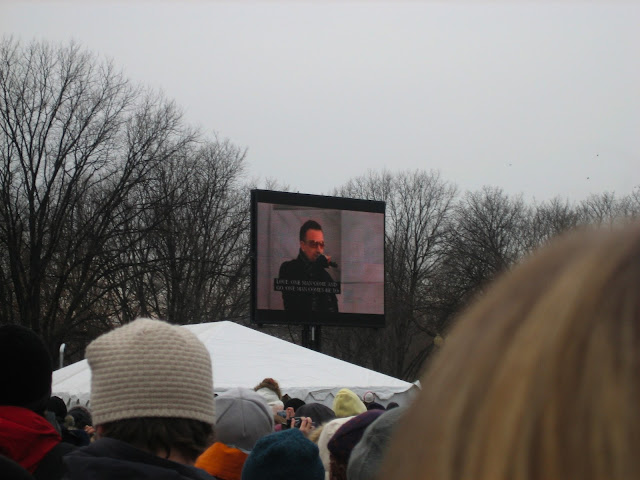 I just barely missed living in DC while Bush was president, and I would have loved to be here for another Republican president in office, but it looks like wishful thinking for now. So many people have told me how the vibe of the city was so different then. I mean let's be honest, Texas invaded DC during the Bush administration. It must have been amazing!

I am kidding. Not really. You decide.

So this year, I'm really not sure what we will do on Monday, January 21st. I'd love to see what Michelle wears for the parade, but since we frequent the same ice cream shop, we are already pretty much best friends. I may just hunker down in our little apartment with a blanket and Harry Potter and hot chocolate and the TV on mute. Sounds about right to me!

Oh how the times have changed. Like how this handsome man walked into my life: 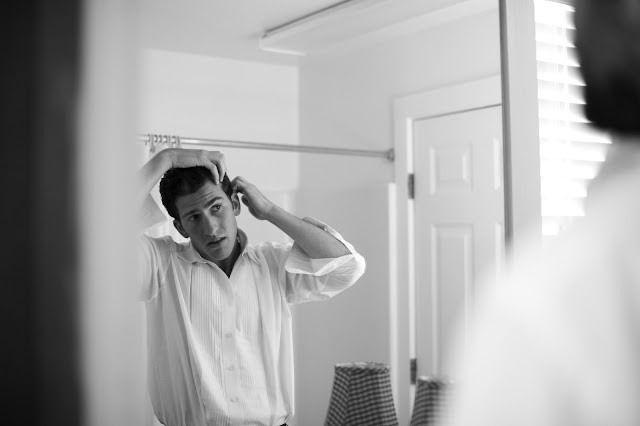 I'll take another 4 more years with him.