7:30pm - I return safely from Maine (more to come on this later!) Michael returns safely from a men's retreat in Durham.

8:00pm - We go to the grocery store only to find that we are about 2 days late on getting survival supplies. 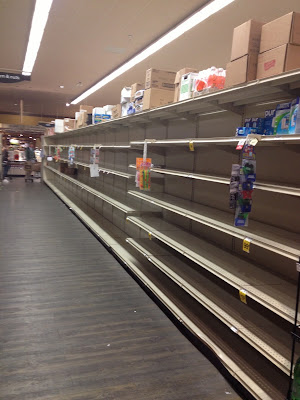 So we share a pint of Ben and Jerry's Half-Baked froyo and make the most of it eat all of it. And it starts to rain. 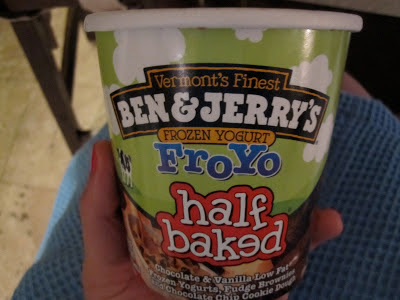 7:00am - No sleeping in even when work and class are cancelled because it's study time! (And I still can work as long as we don't lose power.) And it's laundry time! 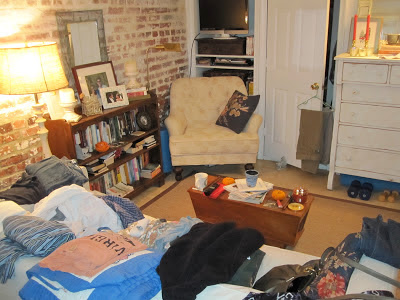 And make the house cozy time! And it's still raining.

11:30am - I keep opening the front door and looking at the sky thinking something crazy is going to fall out of it or something. So far, nada.

12:00pm - My brother Chris sends the family his report as he drives the green machine home from NYC to Dallas. 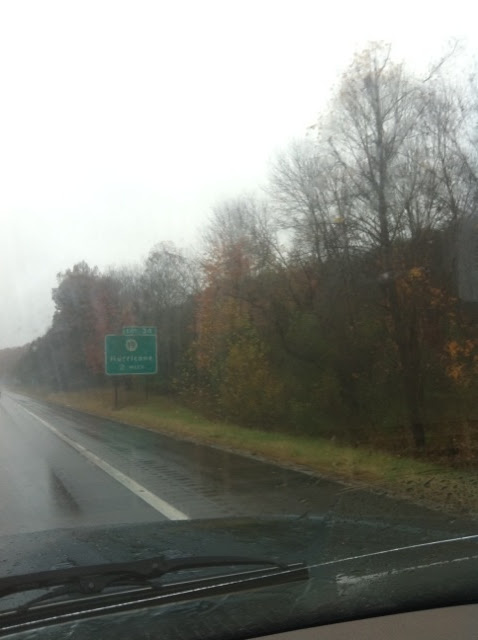 (The sign says "Hurricane" if you can't read it.)

1:45pm - My boss texts messages that she has lost power in Virginia. And so it begins. Michael and I take note that it's pretty windy outside so we he moves the car away from any potential falling trees. And it's still raining.

2:30pm - We decide we better get a workout in while we still can. Jillian to the rescue!

3:15pm - Better bring the trashcan down the steps. Windy winds a blowin'. 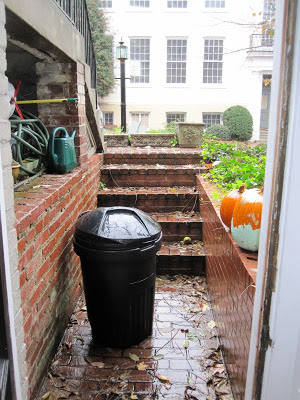 Then I take a shower so fast because I'm scared the lights will go out while I'm showering and so I totally mess up my shower routine and wash my face FIRST and my hair SECOND and my body THIRD and it was weird. Normally I do body, face, hair. What is the world coming to??

4:05pm - The Washington Post sends out a news alert that the OPM (office of personnel management = government speak for HR) has closed the government tomorrow as well.

4:15pm - Mom calls while standing in the early voting line in Dallas (wooo!) to make sure we are still surviving and tells me to fill some buckets with extra water to pour into the toilet just in case our water gets turned off. "Why" I ask? Because "there are some things that can sit in there for awhile, and there are some other things that just can't." Oh. Kay. Doe. Kay. 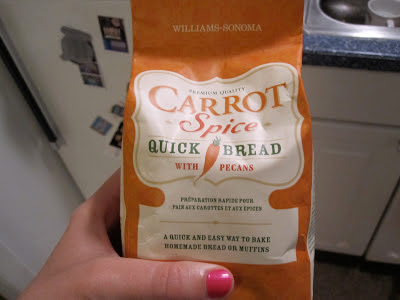 6:15pm - Time to think about la cena (dinner). Since we were late in the game on getting to the grocery this weekend, there was literally zero produce at the store except for huge bags of kale. Which we actually really do like, but we don't typically buy it because it goes bad before we can use the whole bag. 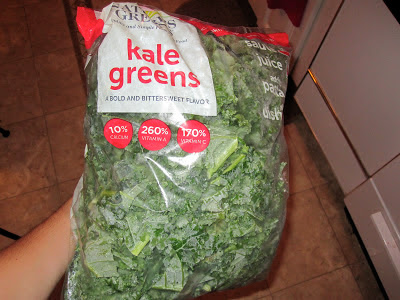 The bag ways a ton. But we have GOT to get our greens somehow! So kale it is. So I attempted a kale stir fry with chicken, peppers, carrots and onions. End result? Delicious and a totally great use for kale. 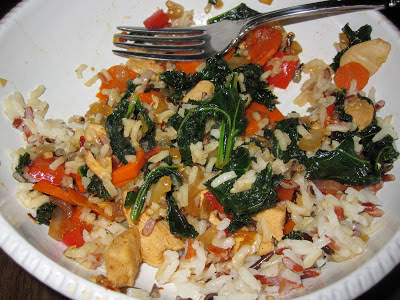 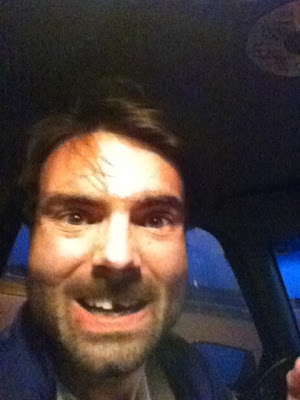 Don't worry, it's already fake. But it fell out. This is after I talked with Chris around 5:30 today and he was supposed to be crossing into Tennessee from Kentucky. But he said he crossed a huge river and then was in Illinois. Wrong state. Oh poor boy.

8:40pm - Michael and I decide to watch LOTR, The Twin Towers. It's still raining. And super windy. I make him pause the movie a couple of times so that we can listen to the wind outside and make sure we are still alert. I hadn't seen The Twin Towers in probably 5 years and it is so good. I've been thinking about it all morning (it is now Tuesday morning.)

So, that's the play-by-play. Rather uneventful honestly, not that I am complaining. We have a dear friend who lives on the New Jersey coast (where we went to the beach this past summer) who doesn't yet know if her beautiful home is flooded.

It's amazing how we can plan so much, both big things like early voting and small things like how I was supposed to have a doctor's appointment yesterday, and yet be at the mercy of a powerful storm system.

And it's still raining.

Thank you for the many concerned messages we received! All is well in the Catalino household.