One year ago today, I walked down the aisle to Michael -- my main squeeze, cherry on top, give me some sugaa, oh how I love him, apple of my eye, moon in my sky -- my now hubby of one year! 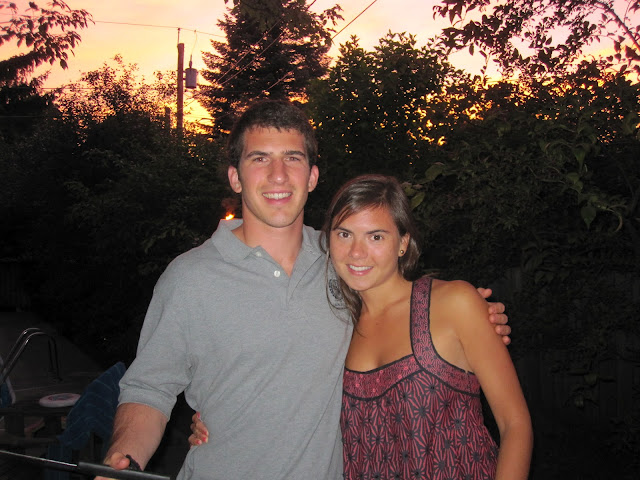 About a month after we got married, Michael started his first year of med school. Everyone said we had lost our minds to get married when we did (or they didn't outright verbalize it like that, but I could see it...take note: raised eyebrows hide nothing). But the truth was, we were young and in love. And the truth still is, we are young and in love. And that ain't changing, sweetheart.

And we have learned a lot. Here's a couple marriage victories, or at least tidbits of life, from the past year:

---I have a thing about doing the least amount of dishes as possible, so I try to avoid using... like...ummmm... anything in the kitchen. Which obviously and totally defeats the purpose of receiving kitchen-item wedding presents like a mixer or blender or food processor. Michael, however, has consistently proven what Jillian Michael's loves to tout in her "30 Day Shred" workouts: "If you've got it, flaunt it." If we own it, by golly, we're gonna use it. And, would you believe it, those appliances actually help! And even a simple spatula actually can be used for its purpose: to scrape the bottom of the Chobani yogurt container and get out a full scoop more of yogurt than I thought possible. Will wonders never cease.

---Things are just things. Sit loosely in the saddle of life, as Robert Lewis Stevenson said. Translation: if you don't want things to break, don't get married and share a teeny living space. But if you do, than love your things loosely because THEY'RE GONNA GET SMASHED. Michael and I have a going average of breaking about one thing per week. Some highlights from the year have included: two mugs, two cereal bowls, one spoon rest, two plates, one candle, two wine bottles (one was unopened.... imagine that clean-up), one set of measuring cups, one mixing bowl, one cutting board, and one pizza stone. We are like children at the bowling alley -- we need bumpers.

---Where words are many, sin is not absent. Oh. Gosh. What. A. Lesson. In. Love. And. My. Shortcomings. I have a firecracker mouth. And I knew it, but didn't know it like I know it now after one year of marriage. I am a living testament to the wisdom of Proverbs.

Proverbs: "A righteous man ponders how to answer."
Me: Thoughtless nuggets of pure stupidity roll off my tongue.


Proverbs: "A soft answer turns away wrath, but a harsh word stirs up anger."
Me: I'm about as soft as splinters.

Proverbs: "A fool takes no pleasure in understanding, but only in expressing his opinion."
Me: You don't want to hear what I think??

Proverbs: "Whoever keeps his mouth and his tongue keeps himself out of trouble."
Me: Oh brother.

---Love is blinding. No really, it is. As in, I can't find things. Or I give up trying too soon and think it's not there. This has happened too many times to count. I go to search for something, and after what I really do think is a legitimate search, declare that the item (the camera, the yogurt, the medicine) is not there. Michael will then ask me if I really looked, which makes me mad because he thinks I don't try (go figure), and then he will get up and come over and find whatever it is. In about 10 seconds. And then I sheepishly smile and reaffirm that I really did try to find it. And he does this thing where he kind of shakes his head and smirks at the same time. What can I say? I'm blinded by love. 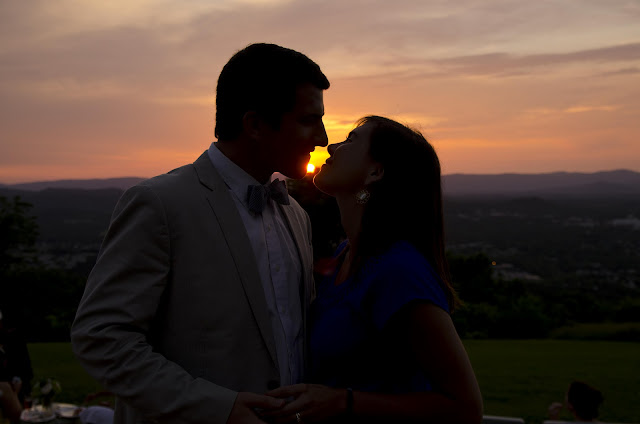 I could write a novel about everything I've observed and learned this year, and maybe I will someday, but for now, it's time for bed. I'm excited to begin year 2 with my husband - Oh the places we'll go!