I had previously thought that Chicago O'Hare Airport was pretty close to the top of my list of most miserable places in the US of A.

Thanks to a new discovery, I STAND CORRECTED.

I was flying home on Sunday evening after some long days in Chicago for work, and was:

a) tired
b) grumpy
c) sad because I accidentally had my current read stashed in my checked bag instead of my carry-on and
d) therefore was forced to buy bought a Nicolas Sparks chick lit, The Lucky One, which I hear is much better than the movie
e) dehydrated because I was on antibiotics
f) ticked off because the Chili's service was slower than a grandma driving a semi truck so I got up and left the restaurant after sitting for 15 minutes without even getting to order a drink (one diet coke, one water)
g) All of the above.

Clearly, you catch my drift -- G is my answer.

So it was without much hope that I stumbled up to Torta Frontera, a little stretch of terminal B property next to Barbara's Bookstore.  I recognized the Frontera name from the salsas in the gstore: 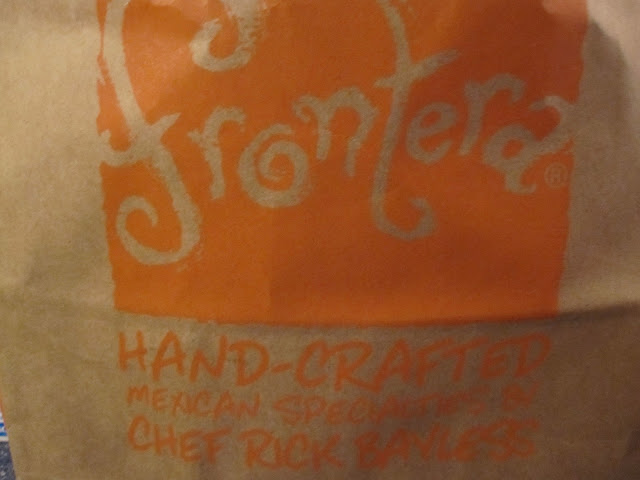 ...and was intrigued that there was a restaurant to go along with the salsa. Tortas are a kind of Mexican sandwich that can have any number of assorted fillings, and are warmed up in a giant toaster over - just like what they do at Potbelly. Only even mentioning Potbelly in this post (and I really do like those sandwiches) seems ATROCIOUS because nothing, NOTHING compares to the amazingness that was my torta from Tortas Frontera. I need to pause to cherish the memory...

Anyway, I ordered the chipotle chicken torta (all tortas take 10 mins, but it is worth the wait), and also got the guacamole bar.

The guac bar was super cool.... you could pick your toppings, like pepita seeds, jalapenos, sun dried tomatoes, onions and cilantro etc, but I just went for regular guac with a bit of onions and cilantro. My stomach has been a bit iffy because of the medicine I've been on so I didn't want to push it. And the chips that come with it are perfect -- no extra salt required, which if you ask me is a mighty rare thing to find.

The torta... it was so good. It comes with extra sauces and salsas, which I am always all about, but this time, the flavor combo was SPOT-ON PERFECT and I didn't once think that I needed to add any extra flavor. From memory, I think the sandwich had avocados, thinly sliced chicken, a black bean spread, some jalapenos, salsa, some sort of chipotle mayo, and enough fresh arugula to equal a salad. I need to find a better adjective to describe it other than amazing and awesome and so good.... buuuuuut let's just say that the mere fact that I didn't have to add salt or extra salsa is a BIG WIN in my book. Flavor explosion! And I haven't even mentioned the bread. The bread was perfectly soft and wonderfully thick and held it all together so well that nothing dripped out of the sandwich. Another big win as I'm typically the messy 20-napkins-a-meal user. 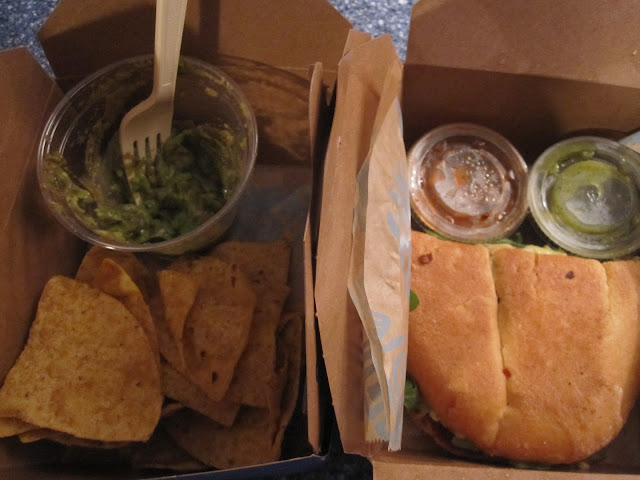 The torta is also HUGE. I could only eat half the torta and half the chips and guac, so it made a wonderful lunch for me the next day at home (when I took these pics). TWICE IS NICE!

Here is the website for Tortas Frontera -- founded by Rick Bayless. I already contacted him and told him to open a Tortas Frontera in DC. He wouldn't regret it. But until then, if you are ever in the Windy City, leave time to eat at the airport. And I bet his other restaurants are worth it too.