You think you know a person....

And then you go to a baseball game with them. With the crack of the bat, you discovered you live with a crazy man! This is what happened last week when we went to the Nats game with amigos Simmons and Schoeffels.

Michael is typically the responsible one, so after the 10th inning and with us still needing to take the metro home and with me still being slightly high on antibiotics, I was feeling a bit perturbed that Michael was still so into the game and wouldn't take me home. To his credit, the Nats (Washington Nationals!) game was awesome. Michael and I've discovered a new found love for Bryce Harper, the Nationals' rookie outfielder, who happens to be only 19 years old. How depressing. I feel so old.

It's ok, things could be worse. As Jennifer pointed out, one day the president of the United States is going to be younger than you. Chew on that.

Anyway, we finally did leave the baseball game because it was taking FOREVER and the minute we got home, Michael started following the game on the ESPN-MLB site. THIS HAS NEVER HAPPENED BEFORE. I've never known Michael to follow any sporting event at all other than college lacrosse. To see him so excited for our (adoptive) hometown team was really quite endearing. Anddddd to make matters way better, we are getting a TV tomorrow! More Nats games, watching Kevin Durant pound on LeBron, and the summer Olympics 2k12 -- get ready. By the way, Kerri Strug had a baby!


In other news, here is another amazing discovery found on the this boutineer at my cousin's wedding last weekend.

Next, we've had a great week of cooking. First we made flatbread for dinner on Tuesday. 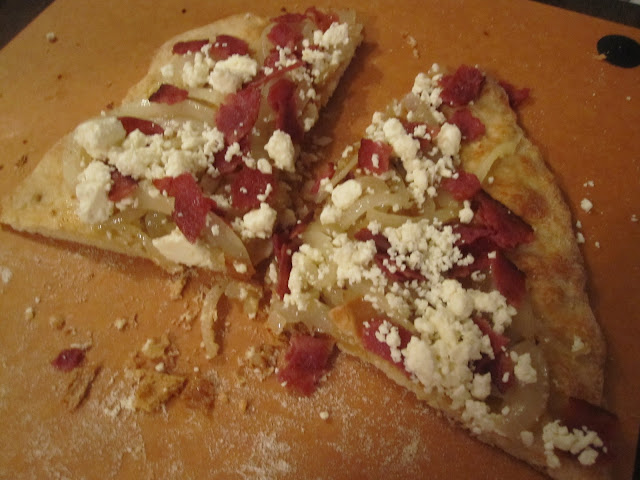 Onions, garlic, feta and turkey bacon. I know what you're thinking -- "golly gee, that looks like pizza." But it's not! The dough bakes first, and then the toppings are added, even spinach on top. Ole!


And tonight I made a quiche with mushrooms, caramelized onions and cheddar. It was ohhh mmmm geee good. Recipe found here! 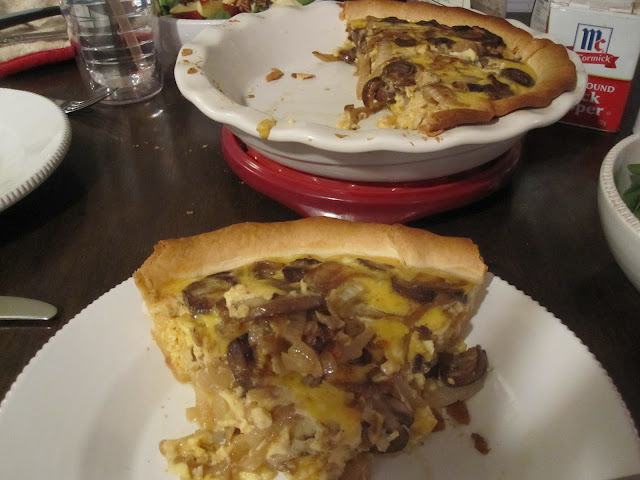 Well. Clearly, food photography aint my thaanng. But you get the point. It was good. And I really should know this now after a year of marriage, buuuuuuttt I need to lower my expectations for having leftovers. It just doesn't happen often. It's alright. My man we both can eat. We ran sprints up Mass Ave today and if you know Mass Ave, IT'S NOT KANSAS.

I had planned to also share some new tunes that have kept me going this week, buuuuuuut I have a date in bed with Anne Lamott. That's right. Traveling Mercies -- third time to read it and I still laugh so hard. Stay tuned (ha) and I'll reveal manana. Bonne nuit!