I went to the Georgetown French Market today. 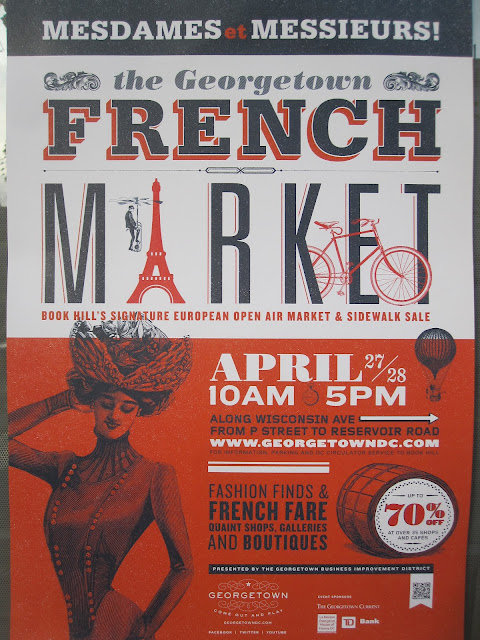 And although I didn't even buy a croissant, I did get some new nail polish: 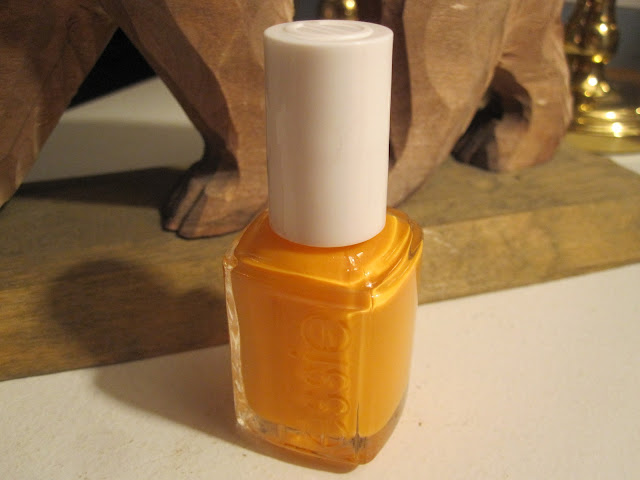 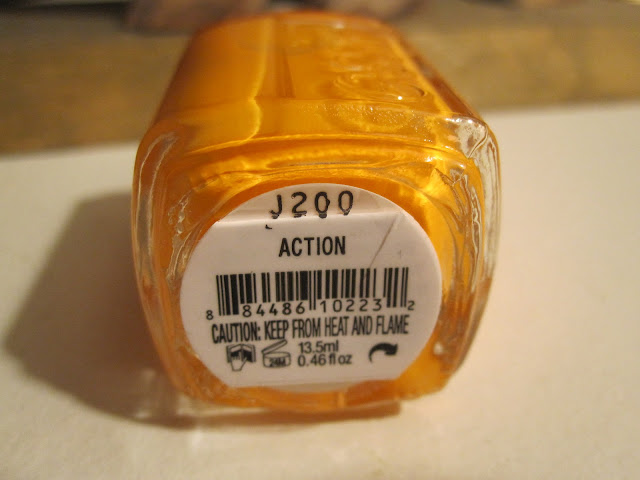 But as Liz mentioned as we wandered around today, "It feels like November outside." Which is true. And weird for nearly being May. Can't wait for summertime!
Posted by Carey Beth at 9:05 PM No comments:

Ode to my Blow Dryer

My blow dryer blew up yesterday. No big deal, right? Wrong. I have been weirdly sad about it for 24 hours. After all, besides my stuffed animal named Frank that I had to leave with my mom on my wedding day (see below), I really can't think of one other single item that has stuck with me for so long. 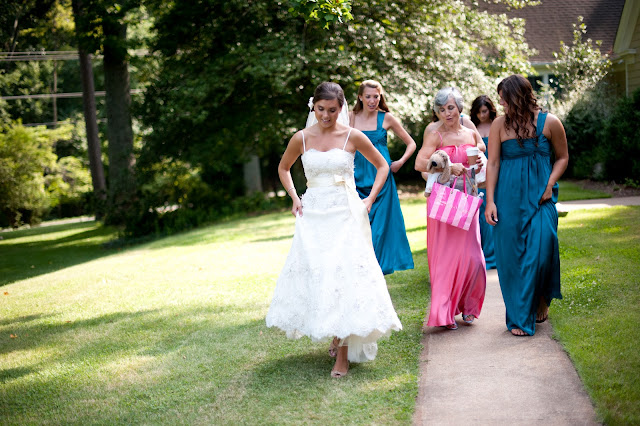 This blow dryer has been with me ever since I was 17 years old. Aka junior year of high school. And super long hair: 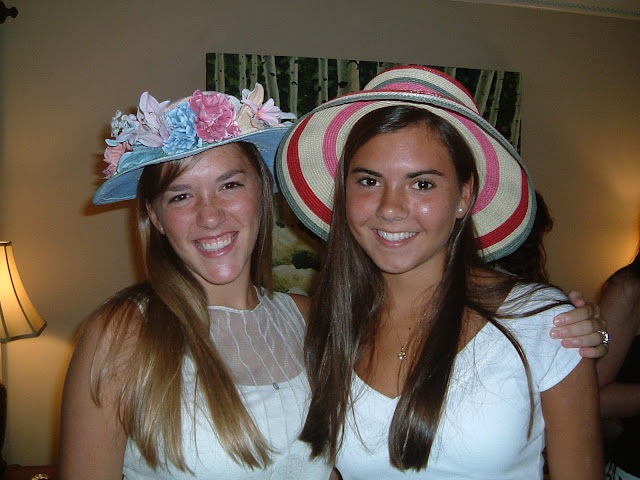 Then on to college... 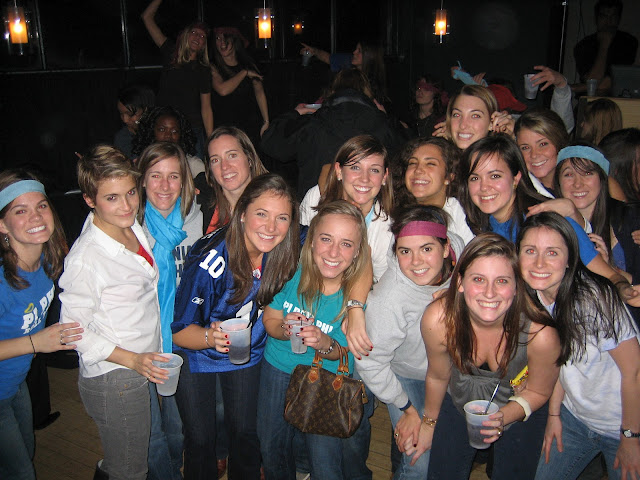 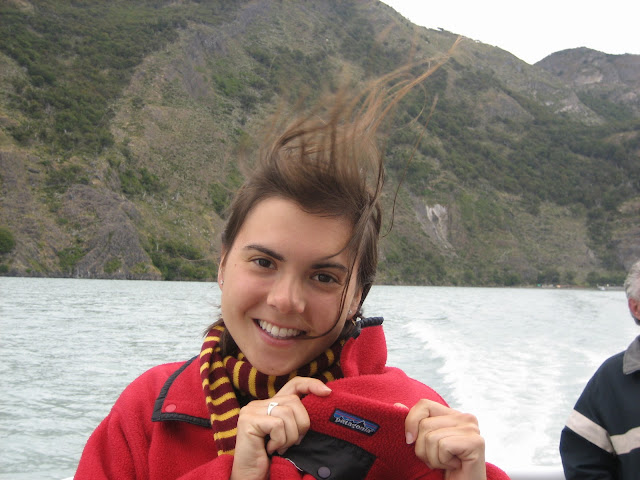 And all three of my DC homes: 1) The Blue Barn (evicted from here... not our fault though!) 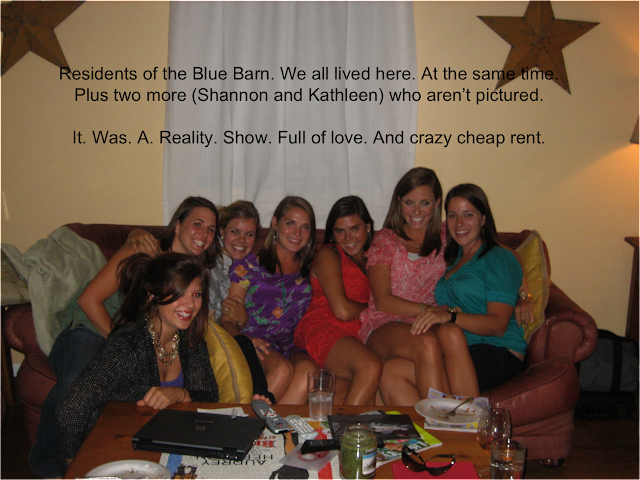 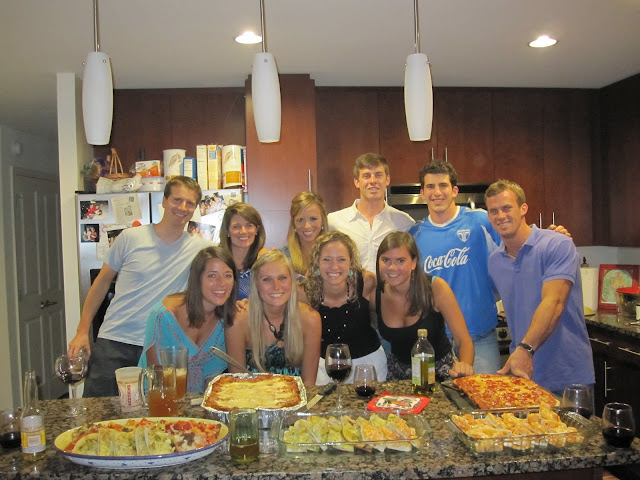 and 3) The Kenmore House... which the only pic I can find of his house is what I posted here of us doing Jillian Michaels on the front porch.

All this time in DC, this lady shared a bathroom with me so she probably used the blow dryer too: 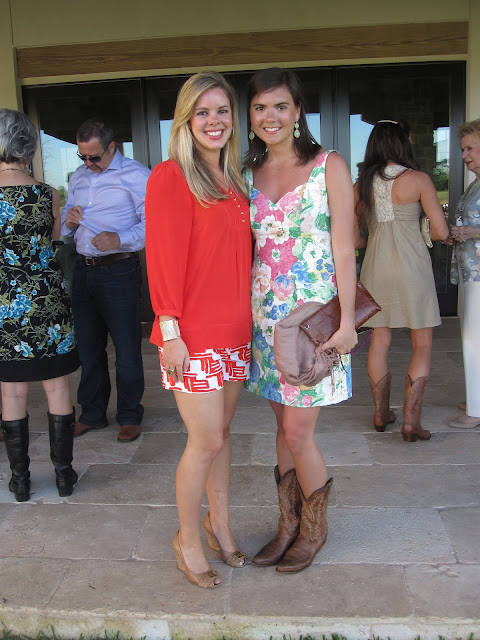 And then, I married my man... and didn't wash my hair the day of our wedding. 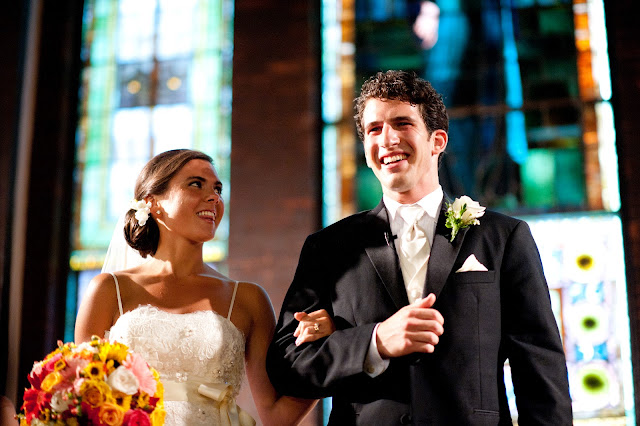 And didn't take the blowdryer on the honeymoon... 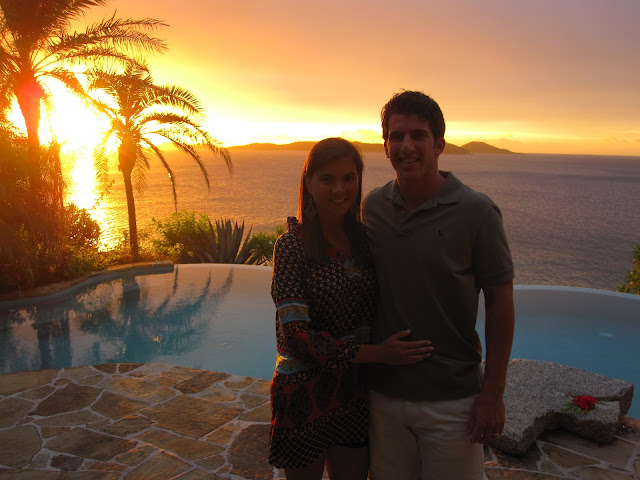 Which is why, since I left it out of all the fun, it probably decided to go ka-punk 10 months later.

Anyyyyyway, if there is no other purpose to my blowdryer blowing up, I really enjoyed looking through the thousands of pictures that are on my computer. It is a sweet reminder of friends, joys, love, laughter and so many memories.

Words. New ones everrryday enter my world. Most of them come from what I am reading. If my mom is around, I usually can just ask her what they mean, but most of the time she is 1,327 miles away in Dallas. So, instead I make little dots in my books and then look them up later in the dictionary. No lie, a dictionary in my own two hands. I think I am living in the wrong century.

Here are some new or re-learned words:

Wow. Geez Louise. A rather cheerless list, no? What kind of books am I reading??? I will tell you: I read The Book Thief by Markus Zusak. It's about a girl growing up in Germany during WWII. The narrator of the book is Death. So yes, rather gloomy. But it is an amazing and moving read, and one of the first WWII books I have read told from the viewpoint of a German citizen. (I need to read Bonhoeffer.)

I am in the middle of reading Five Quarters of the Orange by Joanne Harris, author of Chocolat if you know it. The book is written beautifully, but I can't figure out if I like it or not. It has given me weird dreams about fields, trees and feeling deceitful for befriending the enemy. It's also set during WWII and is about a girl growing up (sensing a trend here...) in occupied France.

Lastly, I recently read The Great Divorce by C.S. Lewis. I have struggled to read C.S. Lewis for years and years, and this is the first time that I have actually gotten through an entire book of his. Gasp! I know. And I'm a PK. I have started Mere Christianity so many times, and have almost finished Screwtape Letters, but it just hasn't happened yet. But! It will! Because The Great Divorce is amazing. Lewis' words read like poetry. His imagery is profoundly beautiful. His characters are both hilarious and tragic. And his joyous depiction of the Solid People is so memorable. In short, I LOVED The Great Divorce. I'll probably write a post about it later....every line is worth sharing. 'Mirth' is the only word from the above list that came from The Great Divorce... and what a word.

Ok so here are the answers: 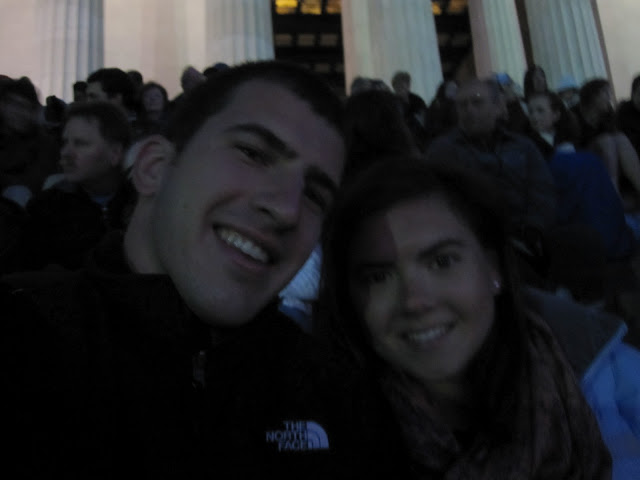 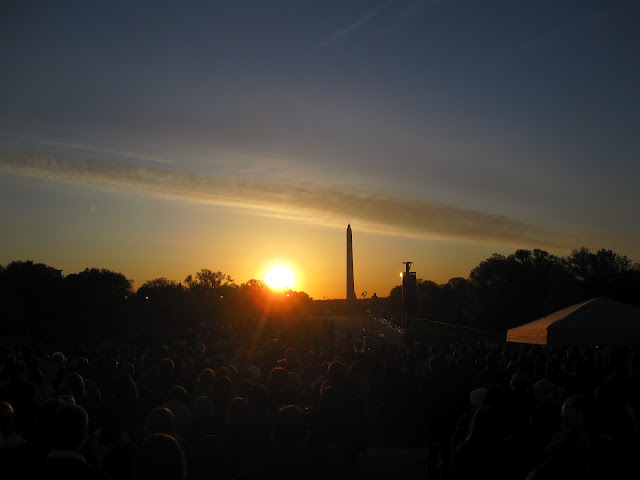 for the Son to rise! Glory Glory. 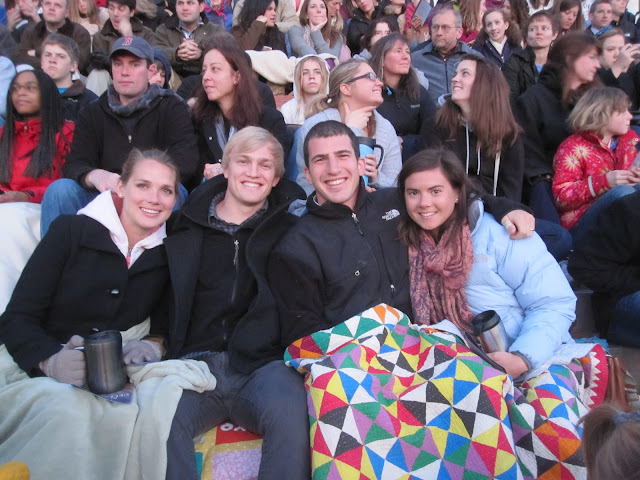 He himself bore our sins in hid body on the tree, that we might die to sin and live to righteousness. By his wounds you have been healed. For you were straying like sheep, but have now returned to the Shepherd and Overseer of your souls. 1 Peter 2.24-25
Posted by Carey Beth at 6:31 PM 1 comment:

Remember Julius? My Ugandan brother who wished me a happy Women's Day? He wrote this email today to my family:


Wow, another festive season-EASTER!! Fantastic or isn't it? Today, Good Friday, our Lord, Jesus Christ, is betrayed by His very own, Judas Iscariot, and handed over to wicked men who have the least respect for a person of His stature. He is mocked, scorned and derided. He definitely will be crucified and sure, He will rise on the third day- yes, RESURRECT in fulfillment of the scriptures that our Lord Jesus Christ is the Mighty conqueror of death! "Death be not proud after all"! (John Donne)

Beloved ones, I wholeheartedly, wish you all a joyous Easter celebration - Yes, CARPE DIEM!

Yours forever,
Julius B
(Kampala-Uganda)


And that is the truth. SUCH JOY!
Posted by Carey Beth at 3:53 PM No comments:

I have been amazed at some of my friends' bouts with creativity lately.

Sara made this lamp after being inspired by something she saw on Pinterest: 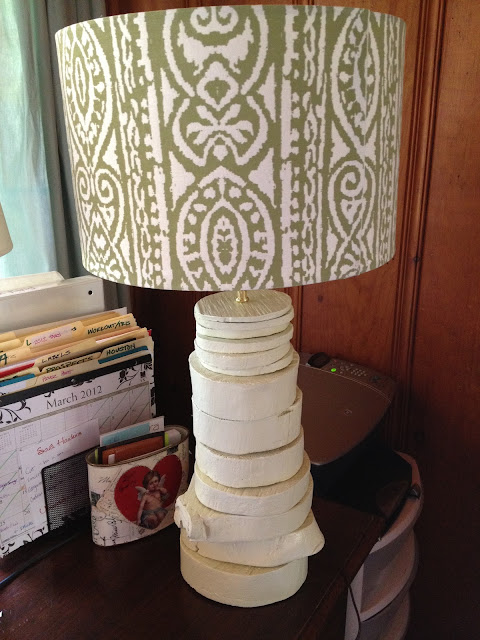 She literally sawed the wood from a pine tree in her backyard. WHAT! Amazing.

Alisha made this cake for a birthday celebration: 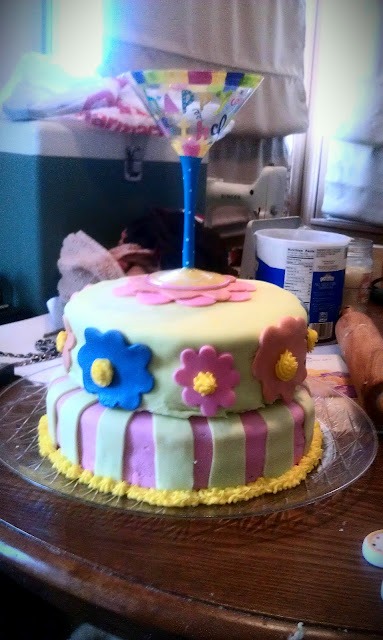 That is homemade fondant. WHAT! Unreal.

Chris plays in a band. 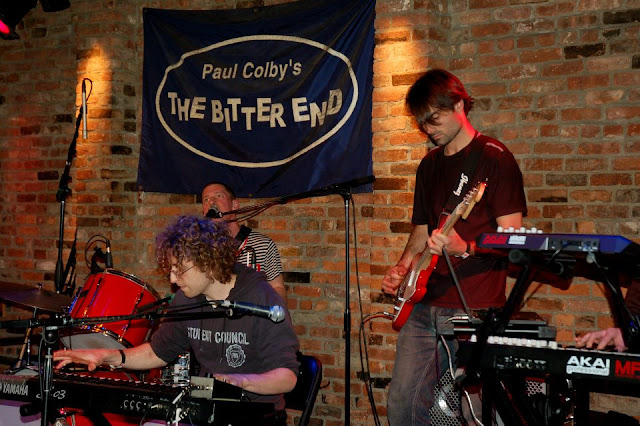 They are called Blonde Valhalla. WHAT! No way.

So, what did we do on Sunday?  We PLANTED things! 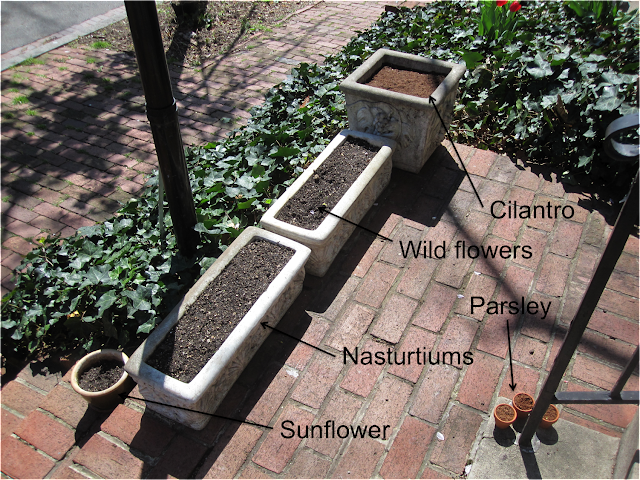 Thanks to Grandma Cathy and Gale for the seeds :) There is also a whole batch of basil growing inside as well.

Sundays are the best because we truly get a Sabbath rest, we garden (this is new) or go on some adventure, and Michael is spared from this kind of thing for a whole day: 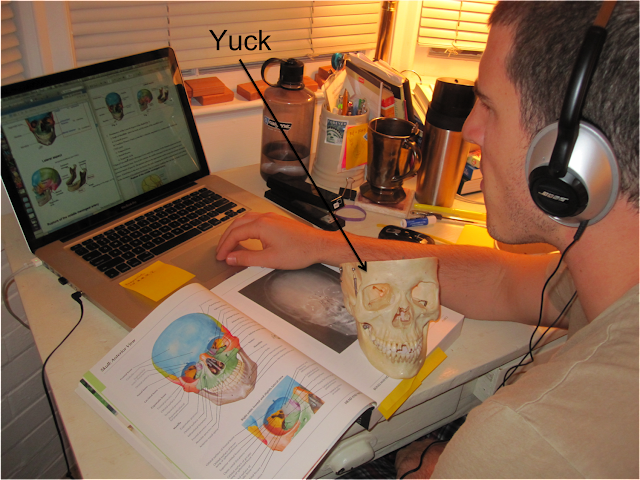 Note the skullllz. There are 8 of them in that picture. That is 8 too many.

As this is our first try with gardening and growing, it could be a flop. But maybe not! If we have success, I want to grow a garden of ranunculus. Talk about creative. Those flowers are totally God's handiwork. So beautiful!

Posted by Carey Beth at 9:14 PM No comments: