I went to New York last weekend to see one of my best friends run the New York Marathon. Amanda was INCREDIBLE. I mean it amazes me how fast she can run. She was a vision of bright pink flying by when I saw her at both mile 18 and mile 23. Boston 2k10 here we come! More on the marathon and friends and the stellar weekend later...


New York -- as I write this I have Jay-Z's "Empire State of Mind" stuck in my head. Not only because it was played at Joshua Tree where my friends and I managed to secure a corner near the bar and dance for about three hours straight, but also because the lyrics fit my love of this city. "These streets will make you feel brand new, Big lights will inspire you..." Something about New York does inspire me.....to do what, you ask? I don't know yet. Maybe even just to walk everywhere and observe the condensed humanity. I lived on the Upper West Side for 6 months in kindergarten, so maybe NYC really is a part of me. The smell of bagels from H&H, mixed with the tantalizingly amazing smell of the roasted nuts on every other corner; the freaky but cool old subway stations that sort of make you feel like your in Gotham; the lady who literally shhhhed us on the subway for being too loud as we talked to each other; the fact that Avery ran into Ed Westwick aka Chuck Bass in a costume shop; the way you really will see your life flash before your eyes on most taxi rides; 5th Avenue where the rich walk on the street with the poor; the endless buzz of people talking to each other in every language; the eerie quietness on Broadway on Sunday morning without a car in sight at the marathon finish area. Oh New York, I love you.


On Sunday afternoon, I was on the subway heading to Penn Station to catch the train back home. Because of my parking spot at work in DC, I am rarely on any form of public transportation -- but I think the NY subway is way more fascinating than the DC metro. You never quite know what kind of people you will see on your ride in New York. DC and the surrounding areas are pretty sectional in regards to what kind of person you are and where you live, so granted, the people that I standardly see on the orange line from Arlington into the Capitol aren't exactly the hard-knocks. But in New York, it's everyone. All together. Kids from Columbia University going on a date downtown, Asian gangsters in trench coats (I don't know if they were really gangsters but that is the best way I can describe them,) and the Hispanic family making sure the matriarchal grandmother got a seat to rest her weary legs.


I stare a lot at people (pardon my rudeness,) and on this particular ride, I was fascinated by an African American couple standing near the door. The woman was gorgeous. Not at all in a put-together way, but more in a funky, independent, earthy but hip, tribal African way. Her short hair was predominantly dark and twisted in cool, braided spirals that rose off her head in several directions, and the ends of each spiral were dyed a light brown. Really almost reddish blond. Her amazingly smooth skin was not deep black but more like a chocolaty brown. What really made her fascinating were the sparkles that she had in her hair and on her skin. Body glitter. Gold, shiny, glowing almost. Shimmering with every angle of her head and body each time she moved. She was beautiful.


The man with her (husband, boyfriend, brother?) was handsome but not nearly like she was, carried a walking stick, and had a thick but groomed beard. Here's the clincher: he had sparkles all over his face too. Not as much as the woman, but his beard sparkled as he turned to face her, or to look down the subway car, or even just as he stood there. Obviously he hadn't put the sparkles on himself. They had come from her. From being with her and around her and close to her.


The whole time they were standing in the subway, she was beaming at him. I mean beaming. Like he had not only just hung the moon but also bought her a diamond necklace and thrown some red roses into the mix.

I was struck by this picture. I'm really not hyper-spiritual, but I couldn't keep from thinking that this is how God loves his people. How God loves me. He gives me his goodness, truth, beauty, and grace. He shares his sparkles with me. He makes me shine. Just like how that woman made her man shine because he was close enough to get some of her sparkles on himself. Because I am a sinner and screw up everything all the time (literally,) I might not be as bright as God is, but the more I spend time with Him, the brighter I'll get. Maybe one day I'll glow. And in the same way the woman was literally beaming at the man, God beams at me. He is proud of me, loves me, yearns for more of me, desires to be with me. And because of Jesus, he overlooks my bad parts and my sin and my failings. He sees me as shining just as much as he does. What love.


Life lessons from the subway in New York City. Who knew? 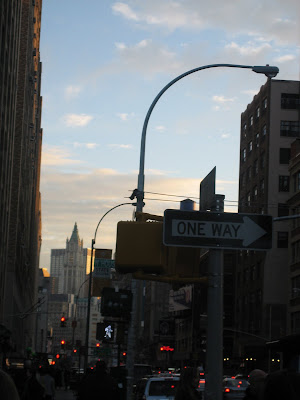